About the Toyota Prius 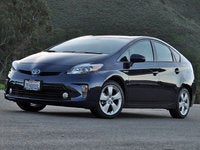 The ground-breaking Toyota Prius holds the distinction of being the world's first mass-produced, mass-marketed hybrid car, as well as the most fuel-efficient gas-powered vehicle currently available in the U.S. First sold in Japan in 1997, the Prius debuted in the U.S. and the rest of the world in 2001. Since its introduction, it has sold more than 2 million units and become a celebrity magnet as well as a cultural icon, appearing in such TV shows as South Park, The Simpsons, Futurama, Six Feet Under, and Lost, and in such movies as Sex in the City 2 and The Day the Earth Stood Still.

The Prius's claim to fame, of course, is its impressive fuel economy. The current-generation Prius posts fuel economy numbers of 51/48 mpg, or a combined number of 50 mpg. However, many owners and test drivers report much higher fuel economy numbers of anywhere from the mid-60s to more than 80 mpg, depending on road conditions, local terrain, and driving styles. A carefully crafted aerodynamic exterior design, as well as the Prius's hybrid engine, help it achieve those impressive numbers.

For the Prius's third generation, which debuted in 2010, Toyota updated more than 90 percent of the vehicle's Hybrid Synergy Drive powerplant, which now features a beltless 1.8-liter Atkinson-cycle four-cylinder gas engine (replacing the previous generation's 1.5-liter engine), as well as two electric motors (MG1 and MG2), for a combined output of 134 hp. The Hybrid powerplant drives the Prius from 0 to 60 to 9.8 seconds.

Thanks to its slightly larger profile, the third-generation Prius offers more rear-seat legroom and cargo space than the previous generation. Toyota updated the sedan's seat cushions, interior trim, and other interior components, some of which were made from eco-friendly plastics. The automaker also added new interior silver accents and storage spaces, among other features.

The Prius comes in II, III, IV, and V trims for 2011. A rumored entry-level Prius I, supposedly without such standard features as cruise control, heated side mirrors, and a rear wiper, has been put on temporary (or perhaps permanent) hold by the automaker, which cites a growing interest in upper-level trims and add-ons such as a solar moonroof by current buyers, negating the need for a low-end trim.

While reviewers and owners have generally been impressed with the Prius since its introduction (to the point that long waiting lists for the vehicle were common in the middle years of the car's first decade), highly competitive vehicles, in addition to the recent recall for problems with the car's acceleration pedal, have taken some of the wind out of the Prius's sails. Hybrids from both foreign and domestic automakers, such as the Honda Insight and the Ford Fusion, provide good alternatives for buyers seeking fuel-efficient vehicles, and even a number of SUVs and sport-oriented vehicles now post impressive fuel-economy numbers that make them attractive in a world of high gas prices. Still, when it comes to putting your concern for environmental matters on display, the Prius stands out from the crowd in important ways.

Taking its name from the Latin word for "to go before," the Toyota Prius debuted as a concept car at the 1995 Tokyo Auto Show, and was designed as part of a Toyota initiative to create an earth-friendly, fuel-efficient, low-emissions vehicle. The production version went on sale in Japan in late 1997, and was rolled out to other markets, including the U.S., in 2000 for the 2001 model year. Sporting a four-door design created by Toyota's California-based design studio, the Prius featured a distinctive exterior shape, which initially drew mixed reactions. Some compared it to a cheese wedge and called it quirky, while others applauded its aerodynamic shape and angular, futuristic styling. Some even called it an instant classic.

Upon introduction, the Prius was driven by a trend-setting powerplant initially called the Toyota Hybrid System. It consisted of a 70-hp, 1.5-liter, fuel-injected Atkinson-cycle gas engine and a 33-kilowatt, 274-volt electric motor, which produced 44 hp and 258 lb-ft of torque. The Prius ran on electric power alone at speeds up to 12 mph, while the gas engine took over at higher speeds. In addition, the electric motor assisted the gas engine when accelerating or passing. The engine and electric motor linked to an ECVT, or electronic continuously variable transmission, which provided smooth, seamless shifting. The Prius came equipped with a regenerative braking system, which charged the 274-volt nickel-metal hydride (Ni-MH) battery pack when the driver applied the brakes.

Unique interior features for the Prius included a dash-mounted shift lever and a small touchscreen, which displays details about the hybrid powerplant, including fuel efficiency information. The Prius accommodated five passengers, although cargo space was limited due the the battery pack, which was located in the trunk. The tall cabin made it easy for passengers to enter and exit, and gave the vehicle an SUV-type feel, with good visibility out the front and rear. In its original version, the Prius came only in a Base trim and included such features as power windows, automatic climate control, remote keyless entry, a four-speaker audio system, automatic on/off headlights, and antilock brakes.

The Prius changed little until the second generation, which debuted in 2003 for the 2004 model year. More than 6 inches longer than the previous generation, the second-generation Prius offered more interior space, as well as a five-door liftback design, which continues to this day. Even more aerodynamic and wedge-shaped than before, the Prius became easy to spot on the road. The steering and air conditioning were all-electric, and the battery pack decreased in size, resulting in more cargo space in the trunk.

Although larger and slightly heavier than the first generation, the second-generation Prius saw its performance improve, thanks to an upgraded, more powerful Toyota Hybrid System II, although the name was later changed to Hybrid Synergy Drive, since the automaker planned to use it for Lexus was well as Toyota vehicles. Again, the Prius ran on electric power at lower speeds, while the gas engine kicked it at higher speeds. Improvements to the powerplants pushed horsepower for the 1.5-liter, four-cylinder gas engine to 76 hp, and to 67 hp for the new 50-kilowatt, 500-volt electric motor.

In 2006, Toyota added a number of new options, including a rear-view camera and an upgraded audio system, and side-curtain airbags became a standard feature in 2007. Toyota also introduced a Touring Edition in '07, which rode on a sport-tuned suspension and came equipped with such features as xenon headlights, front foglights, and a rear spoiler, as well as 16-inch alloy wheels. In 2008, the Prius lineup expanded again to include a new Standard trim, which slotted below the Base and Touring. This new trim was essentially the Base minus cruise control and heated mirrors.

The third-generation Prius debuted in 2009 at the North American International Auto Show in Detroit, and went on sale later in 2009 for the 2010 model year. It displayed a more sophisticated, more aerodynamic design, although it retained the vehicle's traditional triangular, wedge shape. Airflow improved along the roof and corners of the slightly longer car, and a flat underbelly helped reduce resistance, improving fuel economy numbers.

Engine size grew as well, improving performance but reducing fuel economy numbers from the previous generation. Optional packages included a Navigation Package and a Solar Roof Package, which added a power tilt/slide moonroof with a solar-powered ventilation system and a remote air-conditioning system. The optional ventilation system uses a fan to cool the interior when the car is parked in the sun.

The Prius took a significant hit in sales in 2010 due to a recall triggered by problems with the car's accelerator pedal. As a result, the automaker decreased production, rather than increasing it as originally planned. How much effect this will have on the value of used Priuses remains to be seen, but savvy buyers should shop around and ask plenty of questions to find the best buy. For buyers who wish to bypass the recall era, the second-generation Prius might be the best bet. Not as powerful nor as sleekly designed as the currently version, the second-generation Prius posted excellent fuel economy numbers, which make it worth a look.

Prior to the recall, the Prius had one of the top resale values of all available cars. However, the pricing and resale value of the Prius has historically risen or fallen in response to fuel costs. Interest in the Prius lagged in the middle part of the decade, for instance, and Toyota cut the Prius's retail price by up to 8 percent in 2008 in an effort to boost sales. If fuel costs rise again, expect the resale value and price of the Prius to rise also.

Most Priuses come with either an 8- or 10-year warranty on the battery pack, depending on where they were sold. However, the battery packs were designed to last the life of the car, with little loss of functionality. Toyota notes it has never had to replace a battery pack on a Prius, other than in the case of accidents, which should make potential buyers fairly secure when purchasing an early-model Prius. While the first-generation Prius makes a good buy, buyers should keep in mind it lags behind in performance and cargo space when compared to later generations.

Buyers should also be aware of a computer glitch, which affected the performance of the Prius in 2005. The glitch caused the gas engines in certain vehicles to stall at speeds around 45 mpg, while the electric motor continued to operate, causing the vehicle to limp along, so be sure to ask if repairs have been made if you're buying a Prius built in 2005 or 2006. 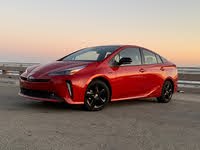 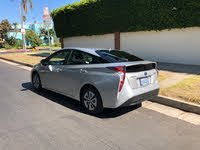 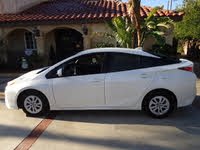 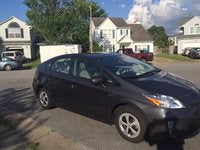 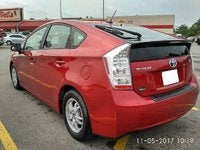 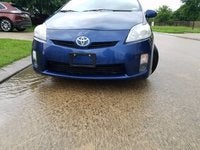 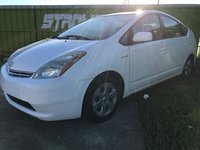 15 views with 5 answers (last answer about a week ago)

Guru9YPJSY asked a Toyota Prius General question about a month ago

Has The Catalytic Converter Theft Problem Been Addressed With Any Year Priu...

I have a 2005 Prius with 178000 miles. I just bought the car it has two brake lights on the dash lit up. One is red and it says break the other is yellow and it says ABS with a yellow circle and an...

159 views with 3 answers (last answer about a month ago)