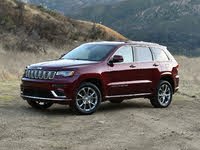 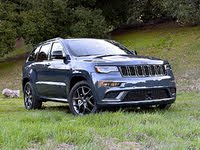 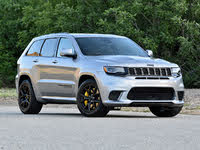 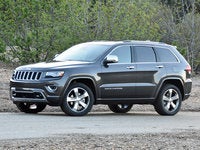 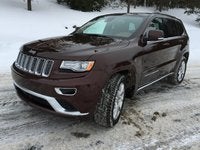 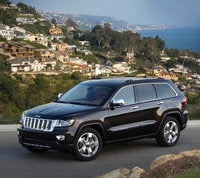 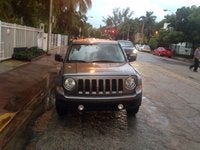 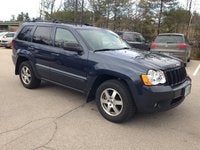 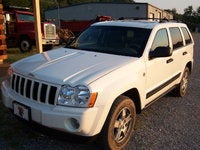 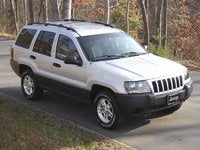 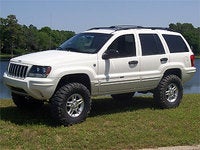 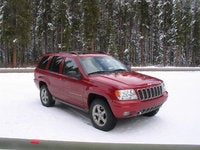 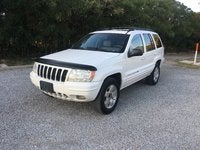 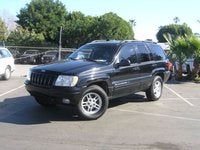 Grand Cherokee 5.2 4x4 1996 stopped running while I was on the road. It turned off running, the needles stopped marking, the fuel pump does not work and there is no ignition spark. I had to get pul...

I have a 2011 Jeep grand Cherokee that I recently bought and noticed that the climate controller in the dash doesn’t seem to be getting any power no AC no heat and the blower is not working either...

Overhead Interior Lights Are On While Driving

Overhead interior lights on 2019 Jeep Grand Cherokee are remaining on while driving. We are wondering why?

Jeep Don't Have Power Of Turn Over

New battery fuses good cilenoid on starter good gas have all lights on I was driving it from we're it got towed n it felt like my power steering was out then I lost my power in my engine it died n ...

2004 Jeep GC Alarm Sounds When I Unlock Car With The Key.

2004 Jeep GC - alarm sounds when I unlock the car with my key. Any ideas how to fix? 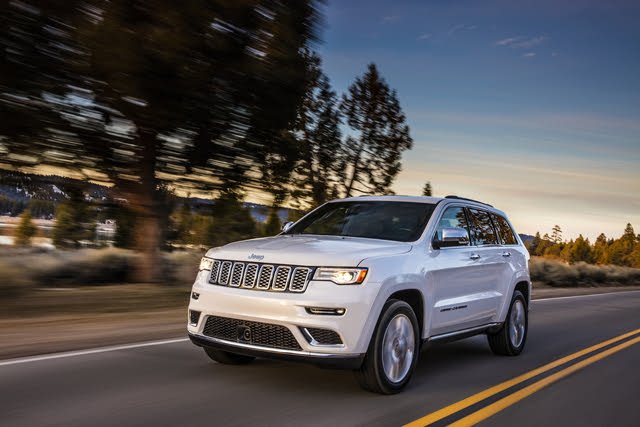 The Jeep Grand Cherokee debuted in 1993, making it one of the original SUVs that made sport/utility ownership practical for the masses.

From the start, it’s been a 5-passenger vehicle combining genuine off-roading capability with a comfortable interior and an upscale look and feel. Jeep expanded the Grand Cherokee lineup with high-performance Street and Racing Technology (SRT) versions, but never added a third row.

Over the years, engine choices have ranged from inline and V-type 6-cylinder, numerous V8 engines, and both diesel and SRT-tuned powertrains. Rear-wheel drive (RWD) and an automatic transmission have always come standard, and Jeep offers several different 4-wheel-drive (4WD) systems depending on the owner’s off-roading requirements.

Regardless of the changes over more than 25 years of production, the Grand Cherokee has always worn–and probably always will wear–Jeep’s distinctive 7-bar grille, promising a lifestyle imbued with the spirit of outdoor adventure.

Cons: It has decade-old engineering, unimpressive crash-test rating, some materials too cheap for more expensive trims.

2011 to Present: Current Generation
Jeep introduced the fourth-generation Grand Cherokee for 2011. It shares a platform with the 7-passenger Dodge Durango. While the Durango is intended primarily for street use, the Grand Cherokee retains its go-anywhere, do-anything capability.

A 290-horsepower V6 engine is standard. Options include a 360-hp V8 and a 188-hp diesel V6. Those looking for greater adrenaline surges can choose the Grand Cherokee SRT for its 470-hp V8. But if you’re looking for something really special, Jeep sells an SRT Trackhawk powered by a monstrous 707-hp, 6.2-liter supercharged V8.

A wide range of trim levels is available for the fourth-generation Grand Cherokee; the 2020 model year alone includes 12 different ones. We recommend the popular Limited, Limited X, or Trailhawk (not to be confused with Trackhawk) variants. Limited trim provides access to the features most people want, Limited X has a custom street look, and Trailhawk adds equipment that enhances the Grand Cherokee’s already impressive off-roading talents. All three were priced under $50,000 when new, but overall Grand Cherokee pricing ranges from just above $30,000 to almost $90,000.

The Grand Cherokee offers timeless design and true SUV off-roading capability but lags behind modern competitors when it comes to overall safety scores. It also exhibits iffy reliability, with plenty of recalls for various problems throughout its years.

2005 to 2010: 3rd Generation
One goal Jeep had for the third-generation Grand Cherokee, which debuted for the 2005 model year, was to improve the SUV’s on-pavement ride and handling. To that end, an independent front suspension replaced the previous live-axle setup. Jeep also introduced new 4WD systems. It was during this timeframe that the first diesel and SRT-tuned Grand Cherokee trims arrived.

Though the Grand Cherokee has never offered more than two rows of seats, the third-generation model shared a platform and powertrains with the short-lived Jeep Commander, which existed from 2005 to 2010. With boxier styling, the Jeep Commander had enough room for a third-row seat and two extra passengers.

In 2005, the Grand Cherokee came with Laredo and Limited trims. The more upscale Overland joined in 2006, and the powerful SRT8 arrived in 2007. Criticized for its cheap interior, the Grand Cherokee’s cabin got a substantial freshening for 2008, improving quality.

Combined fuel-economy ratings ranged from 12 mpg combined for the SRT8 to 20 mpg for the diesel. Donated by then-corporate-partner Daimler, the Mercedes diesel made the Grand Cherokee more fuel-efficient than ever.

Overall, fewer problems plagued this generation Grand Cherokee than the previous one. However, the Grand Cherokee had at least three recalls every year, most often pertaining to its 4WD system and electrical issues. Complaints about the lousy fuel economy, a cramped back seat, and cheap interior materials were common.

Still, the Grand Cherokee was lauded for its off-roading capabilities and the SRT8’s surprising acceleration.

2000-2004: 2nd Generation
Jeep introduced the second-generation Grand Cherokee for 1999, so the 2000 model was the second year of the new generation. Jeep offered the Grand Cherokee in Laredo and Limited trim levels; in 2002, the SE, Sport, and Overland trims joined the lineup. Three special edition versions came along in 2004 as Jeep readied the completely redesigned 2005 Grand Cherokee for its debut.

Powertrain choices included a 195-hp, 4.0-liter inline 6-cylinder engine and a 4.7-liter V8 that made 235 hp. They sent power to the rear wheels, a part-time 4WD system, or Jeep’s Quadra-Drive full-time 4WD system.

Combined fuel-economy numbers ranged from 14 to 17 mpg for both engines and all drivetrains. The 4.0-liter 6-cylinder was slightly more efficient, but not by much. In 2001, Jeep replaced the 4-speed automatic transmission with a 5-speed unit, resulting in a slight improvement in fuel economy.

The second-generation Jeep Grand Cherokee was subject to a host of recalls. Owners of the 2002 model alone received 16 recall notices. Airbags were a consistent source of problems, as were engine cooling, steering gear, fuel systems (earlier years), and electrical systems (later years). The 2001 Grand Cherokee had the fewest recalls.

First and foremost, the Jeep Grand Cherokee is a 5-passenger SUV that can actually go off-roading. That makes its primary competitor the Toyota 4Runner for its similarly rugged construction and four-wheeling talents. Over the decades, however, the Nissan Pathfinder (before its 2013 softening) and Xterra were similar to the Jeep, as was the Hummer H3 and Volkswagen Touareg.