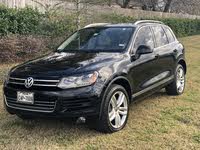 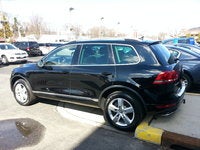 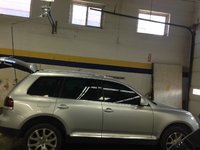 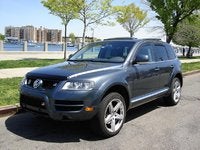 17 views with 1 answer (last answer about a day ago)

My VW touareg stock in sport

Jerks While Turning Exteme Right Or Left At Low Speed

I have Touareg V8 2004, i am regularly having problem. while turning extreme lef or right i can hear the sound and jerks. No one able to identify the issue. someone said change the battery. But it d...

How Do I Trade In My Car?

I want to trade in my car

Introduced in 2004, the Volkswagen Touareg is the automaker's entry into the mid-range SUV market. Developed with Porsche and sharing the same platform as the Porsche Cayenne SUV, the award-winning Touareg was named for a nomadic tribe that lives in the Sahara Desert. It was designed to excel in that rugged climate, and others like it, as well as in typical suburban neighborhoods.

All three engines were linked to a six-speed automatic overdrive transmission, which was standard across the line. The six-speed was a bit controversial, especially with reviewers, who noted that it tended to accelerate the vehicle even when the foot was held constant on the gas pedal. The six-speed also could be a bit jumpy on downshifts, reviewers noted.