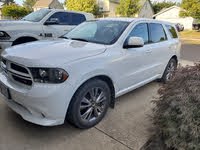 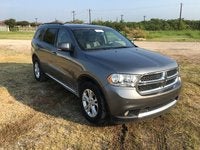 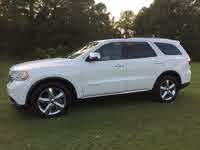 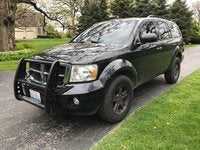 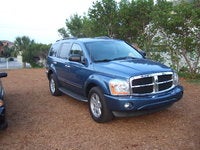 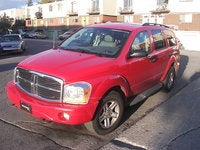 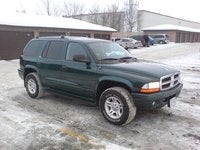 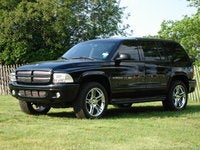 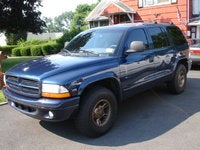 Hi. My Cigarette Lighter Outlet In The Dash And Also The Middle Console Und...

And the seem to be still good. What else can it be? I have a 2004 Dodge Durango BTW. This is my first time here. So hopefully I get an answer soon.

Brake Taillight Not Turning Off.

Came home and noticed my drivers side brake light and brake light on back windshield was on. Can not figure out how to get them to turn off. Has anyone had this problem before on a 2002 dodge Durang...

I've read through so many results on this already but my question is. 2002 dodge Durango SLT. Original code on pcm was reading. NOBUS. Car would only turn over but not start. I replaced it with a...

7 views with 3 answers (last answer about a month ago)

It's an SUV that looks like a truck, acts like a truck, gets the gas mileage of a truck...so is it a truck? Originally based on the Dakota pickup truck platform, the Dodge Durango was introduced in 1998 as a mid-size SUV that offered the power and towing capacity of a full-size truck, but the handling and manueverability of a compact SUV, with the interior comfort and luxury of a car. It's all things for all types.

Its popularity stemmed from its enormous cargo space, three rows of seating, and engine power, headlined by a 5.9-liter, 335-hp Hemi V8. Claiming to be the biggest, fastest, and strongest of its class, the Durango delivered on its promises, with lots of storage compartments and front seat legroom, quick acceleration on straightaways or uphill, and the ability to tow up to 8900 pounds.

Later models of the Durango moved away from its truck heritage, emphasizing its full-size SUV profile. Post-2004 models received a redesigned platform, safety features, and suspension and steering system to provide a smoother ride and more car-like handling capabilities, without sacrificing power, attitude, or interior space. Miserable fuel economy being a number one concern, the Dodge Durango is working on more fuel efficient engines and a hybrid model for 2008.