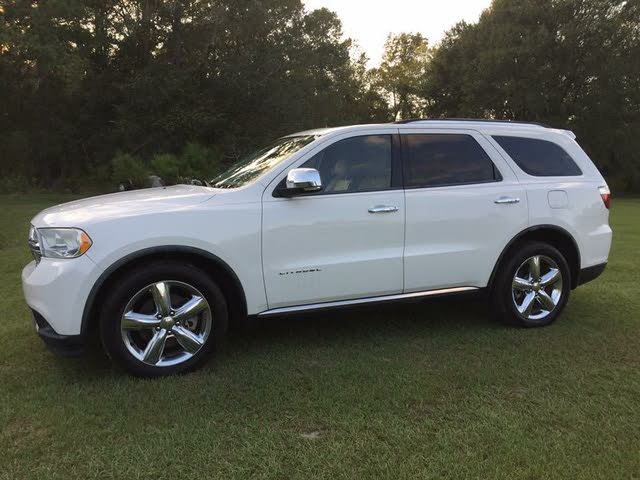 Users ranked 2011 Dodge Durango against other cars which they drove/owned. Each ranking was based on 9 categories. Here is the summary of top rankings.

Have you driven a 2011 Dodge Durango?
Rank This Car

This vehicle is exactly what I want! Love it! Read More

I own a 2018 Durango SRT and other than the fuel mileage (it is the high performance model) it’s a fantastic vehicle and the mileage doesn’t concern me because that’s what I wanted…power and loads of ... Read More

Drove all the way to Georgia from Tennessee to test drive a 2020 durango and fell absolutely in love with it. Handles like a go cart and rides like a Cadillac. Best money I’ve ever spent on a vehicle!... Read More

The 2014-Current Dodge Durango is a complete underdog that is often overlooked due to the previous Durango’s issues. This design feel and drives more like a European car and that is because the chasis... Read More

Features and interior are awesome. Some paint issues that need to be addressed. Excellent SUV for a family, tons of interior space. Captains chairs are wonderful. A sharp looking SUV with mini van... Read More

The Durango R/T is definitely the way to go. It has plenty of power and style. Perfect if you wanna customize it, or simply leave as is. I intend to customize my R/T with a few upgrades, pipes, hea... Read More

Best car ever. Just uses a little more fuel than I’m used to but the wife and I truly fight who gets to drive so comfortable. Read More

Awesome features on this big beautiful SUV that meets and exceeds all my needs. A smooth comfortable ride and a joy to drive. I couldnt have asked for a better deal. I cant compare it to any other SUV... Read More

I love it, plenty of power with the 5.7L. Even though this is not AWD it can take on most dirt roads, streets, highways and towing. It has most of the bells and whistles most people want and it is fun... Read More