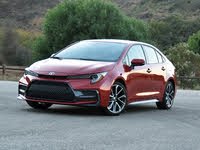 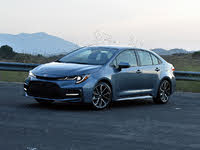 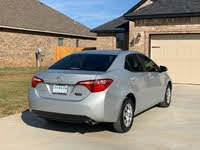 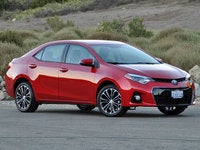 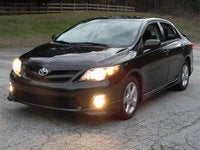 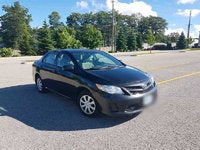 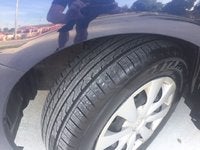 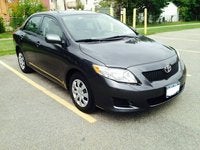 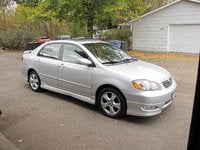 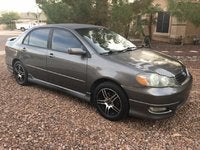 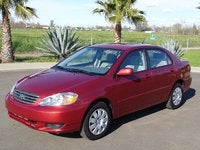 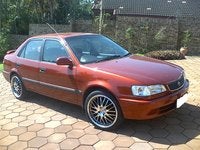 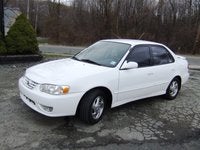 Where Is The Fuel Reset On A 2015 Corolla

Where is the fuel cutoff switch located

Water On Driver Side Front And Rear Under Carpet

I have reoccurring water leaks from an unknown source causing wet carpets on driver side front and rear floors. I have removed the rear seat and peel back the carpet and sealed a couple of drain p...

Why Is There Water Draining Into Oil

Changed water pump now I have water draining into oil

No Change In Brightness Between DRL And Low Beams

When I turn on the headlights, the Low Beams do not increase brightness from the DRL intensity. Is this related to the DRL relay or is there another relay for the Low Beam circuit I should look at? ...

11 views with 3 answers (last answer about a month ago) 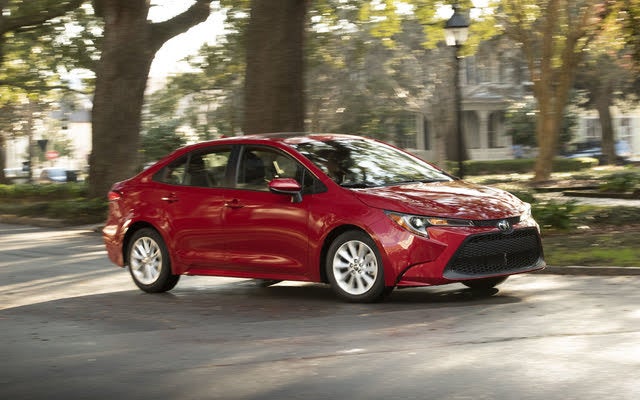 The Toyota Corolla is a compact car that’s often thought of as the perfect choice for consumers who treat their cars like appliances. Though the Corolla name has a rich and storied heritage in its home country of Japan, the model’s North American history is much more straightforward, providing reliable and affordable transportation since its arrival in 1966. Corolla models typically seat five passengers and it’s currently available with the choice of inline 4-cylinder engines. A continuously variable transmission (CVT) comes standard and a 6-speed manual is optional. Every current Corolla features front-wheel drive (FWD). The redesigned 2020 model earned a CarGurus score of 7, while the 2017 model got a 6.2 rating.

Pros: The Corolla has fantastic reliability, efficient engine choices, and a competitive level of standard equipment, including safety features. All of these attributes are present in the current generation Corolla.

Cons: The entry-level engine offers unimpressive performance, and the recently introduced hatchback model has a smaller rear row than some buyers might expect.

The trusty 132-hp 4-cylinder carried over once again, though output was bumped to 140 hp in the Eco trim. Transmission choices included a 4-speed automatic, a new 6-speed manual, and a new CVT. Three trim levels, plus the Eco, kicked off this generation, and a styling refresh in 2017 also brought the new XSE trim. Buyers can expect up to 32 mpg combined. In 2019, the Corolla’s hatchback model made a return. The National Highway Traffic Safety Administration (NHTSA) shows problems with incorrect load capacity labeling, spare tire inflation, and windshield wiper reliability. Several years in this generation show no recalls at all.

In this generation, the Corolla got a promotion of sorts; The new Yaris slotted into Toyota’s lineup to take over the entry-level spot. The 1.8-liter 4-cylinder got another slight horsepower bump, and a 2.4-liter 4-cylinder was introduced to power the top-end XRS trim, though that was dropped by 2011. The 4-speed automatic and 5-speed manual transmissions carried over. For most of the generation, three trim levels closely mimicked the previous generation’s offerings. In 2013, the Corolla was rated for 29 mpg combined, regardless of transmission. For this generation, NHTSA recall information shows problems such as airbags, errors on load capacity labels, damaged seat heater wiring, and sticking accelerator pedals.

The 2003 Corolla’s redesign improved quality and added plenty of interior volume. The 1.8-liter 4-cylinder engine carried over with a bump to 130 hp, and three trim levels, as before. A new trim, XRS, was added for 2005, with a 170-hp 4-cylinder engine, but was dropped in 2007. Transmission choices were a 4-speed auto and 5-speed manual, with the manual returning 31 mpg combined. NHTSA data shows more problems with the ninth generation, including numerous airbag issues, exterior lighting quality, axle and hub assembly, and engine stalling.

The eighth generation of the Toyota Corolla wrapped with just one engine, a 1.8-liter 4-cylinder, which could be paired with a 3-or 4-speed automatic transmission or a 5-speed manual. The manual was the most efficient, coming in at 31 mpg combined. There were just a few trim levels. According to NHTSA, common problems in this generation included headlight quality issues, suspension parts quality, and a sticking accelerator.

The Toyota Corolla is generally one of the best-selling models in its segment, typically trailing the Honda Civic. Other cars in this class that are worth a look include the Mazda Mazda3, Hyundai Elantra and Veloster, Volkswagen Golf, Subaru Impreza, and Volkswagen Jetta.