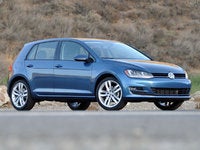 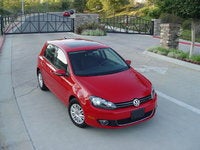 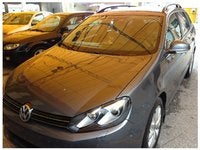 I’ve had this issue for the past couple of days where I can turn my car on and the car shifts into gears completely fine, however when I put it in drive and put the accelerator down the car isn’t ...

Ive a car kit installed through bluetooth and it is also linked into the radio. When a call comes through 'phone' comes up on the radio screen but now its stuck on the screen and wont change back to t...

My Dash Board Is Not Illuminating In Day Light Help Please

Car Does Not Have Any Power

I have a golf mk4 2.0lt crossflow my car does not have any power at all to even climb a small incline I have changed the plugs leads and coilpack even the air sensor n stil no difference so pls can...

Wipers Will Not Turn Off

How do you follow-up the worldwide success that was the Volkswagen Beetle, the best-selling car in the world? VW's answer was the Golf, a hatchback design available with either two or four doors. When the Golf was introduced in the mid-1970s, though, it was known by that name everywhere in the world, except in North America, where it was called the Rabbit (for reasons never fully disclosed).

Standard features would also evolve over the three decades that the Golf/Rabbit was sold in the U.S., seeing the addition of such features as air conditioning, cruise control, power windows and door locks, improved seat belts, anti-lock brakes, and steadily improved sound systems.

Rumors in the mid- to late-'90s had it that VW would suspend sales of the Golf in the U.S., but that never happened, to the relief of the car's many fans. Some of those fans were incredibly loyal to the car, though it admittedly had its quality-control problems over the years. Some drivers became frustrated by the fact that the car required frequent trips to the repair shop, but others stuck by their vehicles, won over by the compact car's handling, sportiness, roominess, and comfort.

At the middle of the 2006 model year, in an effort to boost sales, Volkwagen decided to resurrect the iconic Rabbit name in the U.S. and retire the Golf name. The new Rabbit is an undeniably attractive vehicle, with a hunkered-down appearance that speaks to its aggressiveness and a list of standard features sure to please any driver. There's no doubt that this new design (and old name) will continue to drive vehicle sales for years to to come.