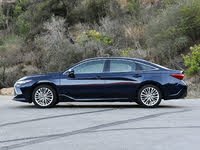 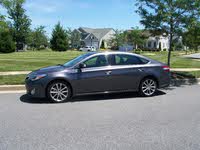 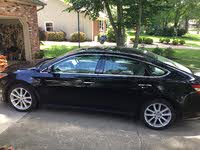 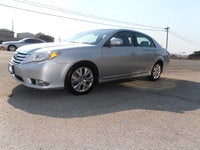 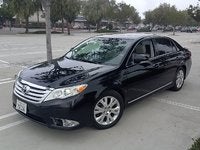 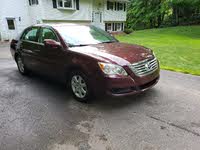 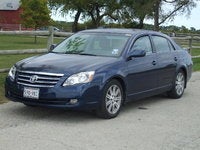 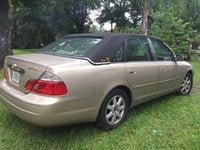 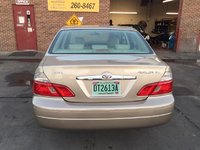 I have a 2007 Toyota Avalon and the battery light came flashing on its own then started to stay on, along with all the other dash lights coming on. The Climate control screen is flickering and the c...

How Do I Input Different AM And FM Radio Stations For A 2018 Avalon?

How do I program a 2018 Avalon radio, to input different am or fm radio stations? Help. Thank you, Victor

12 views with 4 answers (last answer about a month ago)

How To Disable Alarm For Avalon 1999? I Installed A New Battery And The Ala...

ow do i fix this?? the car has been sitting idle for 2 years. I purchased it and am installed a new battery. however as soon as negative touches the battery, alarm goes off. after 30 seconds it ...

Toyota built its first full-sized sedan, the Avalon, to fill the gap left by the cancellation of the upper mid-sized Cressida. First released in 1994, the Avalon is based on the Camry platform but is much roomier and more luxurious. The Toyota Avalon is Toyota's answer to big American cars.

The Avalon, and the Cressida before it, brought a few automotive innovations to the market. For instance, it was the first car to have a built-in 115V AC power inverter.

The Avalon sells well in the U.S., but attempts to market it overseas have failed, and it has been discontinued in places like Japan and Australia.

The Avalon has been criticized throughout its life for having boring, conservative styling, and is seen as an example of Toyota's uncreative design department. However, the latest version of the Avalon is much more stylish and contemporary.