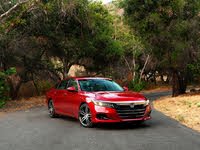 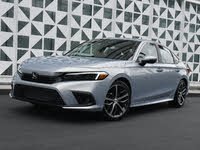 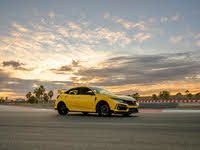 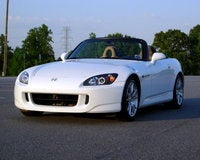 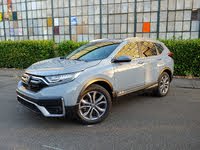 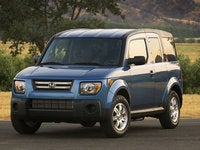 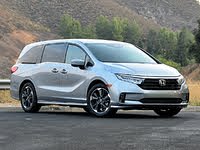 When i try and list it it does not have that year.

fuse is o.k. what relay if there is one is for the dashboard lights? It does tell me. Any ideas for me to repair on my own? Going to check burnt out bulbs by removing instrument panel

Crankshaft problem after ab 6 months of aftermarket starter. I have changed all spark plugs and the coils that say misfire, I just chafed the crankshaft and still it throws the crankshaft/misfire c...

I Feel Very Unsafe Without A Spare Tire Or Donut Tire For My 2014 Honda Acc...

My daughter had a blowout in my 2014 Honda Accord Hybrid. I was not told that It did not come with a spare tire. We live in Arizona and it is very hot in the summer and this heat kills, this is a ve...

Honda Motor Corporation was founded in 1948 by Soichiro Honda. Not limited to manufacturing cars, Honda has had great success with motorcycles, transmissions, and engines as well.

Although later to the scene than some of the other big makes, Honda has gained a very positive reputation for value and dependability. The most popular cars for Honda can be found at either end of the size spectrum.

The Insight made its first appearance in the United States in 2000 and has been gaining in popularity since. This small, sporty hybrid has a fun five-speed manual transmission that shifts easily between fuel and electric power.

Also at the smaller end of the scale is the Civic line. The basic Civic is much beloved by those wanting an inexpensive yet highly reliable car. The Civic is also much prized for its sleek look and easily-tunable engine, and had its tunability showcased in the "Fast and the Furious" movie series.

Though discontinued after 1991, the Civic CRX still has a near-cult following. The boxy hatchback is again prized for its easy-to-access engine and sporty look.

Rounding out the Civics, the Civic del Sol enjoyed just a brief time on the market - from 1993 to 1997. With a removable hard-top, the car was popular in both warmer and cooler climates, and fans like to buzz about the possibility of a resurgence.

Even Honda's car names imply harmony! The Accord is among the more popular sedans in the United States, in constant competition with the Toyota Camry and - to a lesser extent - their American equivalents. Known for durability and excellent mileage, the Accord is consistently in the top ten most popular cars in the country.

New to the scene in 2007 is the Fit, the five-door package of fun. How can someone see the commercials where they move all the seats around and not want one? They're just cool.

At the larger end of the scale, we find an impressive fleet of SUV's, starting with the CR-V. RAV-4s used to seem to own the imported small SUV market, but Honda has kept up with consumer demand and created a robust little sport ute for those not needing a more behemoth-like machine.

Slightly bigger than the CR-V is the Pilot. While not inexpensive, the Pilot is the basis for the much more pricey Acura MDX and almost as luxurious. With optional leather seats and DVD players, the Pilot provides comfort for kids of all ages.

Phased out of the Honda line was the Passport. Available from 1994-2002, the Passport helped bring along the popularity of SUV's by providing a reliable yet fun alternative to some of the less nimble machines available during that time.

Although Honda has produced several sporty cars, two cars can be consistently classified as sports cars outside of the Civic line. The Prelude enjoyed close to 25 years of production, from 1978 to 1991. The two-seater was relatively quick and nimble, but was eventually discontinued, much to the chagrin of many.

They had to wait until 2000, when the S2000 arrived. This similarly sporty two-seater has a pretty-un-Honda-like price tag, but also has luxuries to make the car well worth the price.

No car make can be complete without the unclassifiable "crossovers." The Element is either a small SUV or a big station wagon. The boxy crossover was created for those who like to do outdoorsy weekend activities involving lots of gear. The seats are maneuverable to allow for bikes, surf boards, or rock-climbing gear.

The Ridgeline is Honda's first pickup truck, though it has more of a leaning toward an SUV than the average small truck. With four doors and ample luxuries, riding in the Ridgeline has the commanding view of a truck with the cushier feel of an SUV.

Finally, we get to the Odyssey, perhaps the best-named minivan around (anybody else take the kids in one for Thanksgiving? Makes you feel for Odysseus, huh?). Available since 1995, the Odyssey provides some nice features to let the ride seem a little less arduous. With separate temperature and volume controls, the van can even feel like it has two separate cabins, especially with the rear-seat DVD option.