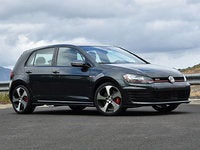 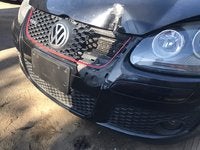 EPC Light Came On And Lost All Power A Week Ago, Having Strange Problem Now...

about 1 week ago while I was driving on the freeway my EPC light came on and I had to pull onto the shoulder as I lost all acceleration. After restarting the car I got off the freeway ok (did notice a...

Did you guys kill private party listings? I go through the whole "sell" sequence and the only option is to press "get your offer", not "upload pictures" or "post ad". What's up? Why not be clear?

Can The EPC Light Come On Because Of A Bad Battery Alone?

I thought I needed a new battery because I have to jump start my car to get it to run if I don't start it every few hours. Today the EPC light came on in my car. It is the only light that is on and ...

How Did My Car Price Go From A "Fair Deal" About A Week Ago To "high Price"...

I have a car listed and now your system has changed its price rating drastically.Why is that?

Will Anyone Buy A Car With A Burned Out Engine?

For fans of small, sporty cars, the three letters "GTI" have always held special significance. That's because they've been attached to some of the most exciting high-performance cars to come out of Volkswagen's showrooms. The GTI migrated from Europe to North America in 1983, and was originally attached to the Rabbit (which would soon be known as the Golf, and then the Rabbit again, but that's another story). Rather quickly, though, the GTI was spun off as a stand-alone model, and VW has never looked back.

In its earlier configurations, the two-door hatchback GTI was equipped with a 90-horsepower, 1.8-liter fuel-injected four-cylinder engine that made for a quick, nimble driving experience. Horsepower was upped to 102 in 1985, when the GTI was named Motor Trend's Car of the Year.

Power was increased again in 1987, and in the mid-1990s a 172-horsepower six-cylinder engine was added to the mix. As the years progressed, the GTI got heavier and luxury features were added on, causing some to question whether Volkswagen had lost its orginal vision for the GTI. In all, the "hot hatch" would go through four redesigns, with the fifth-generation GTI being introduced in the middle of the 2006 model year.

With this latest GTI, Volkswagen vowed to return the car to its roots, and the automaker has made good on that promise. The GTI is powered by a 200-horsepower, 2.0-liter four-cylinder engine with VW's fuel straight injection (FSI) system, which ensures the pedal is responsive no matter your current speed or driving conditions. And drivers have responded in a positive way, many of them calling the current iteration of the GTI the best ever -- just as it should be.