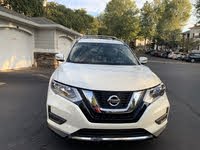 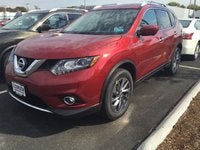 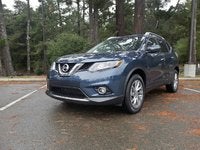 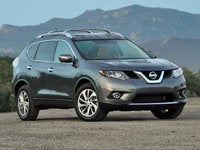 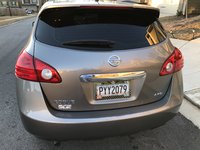 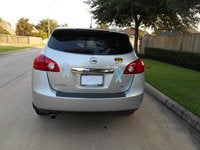 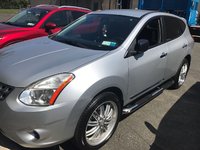 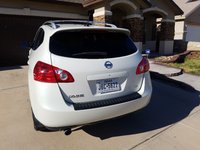 I've Had The Car For Only 3 Years And The Paint On The Edge Of The Hood Is ...

Announcement In My Car

The car was smelling bad. So I took that to dealer to have it checked out. After $145, they said the passenger side has water due to sunroof drain blockage.The passenger side is full of water and t...

I posted my 2020 Rogue last week. I still can't find it listed. Please let me know if I have to re-list it.

Liftgate Will Not Open Electronically, Only Manual

2008 rogue . I replaced liftgate actuator, and switch, still wont open from outside. Is there a module it connects to, or a fuse, or relay? 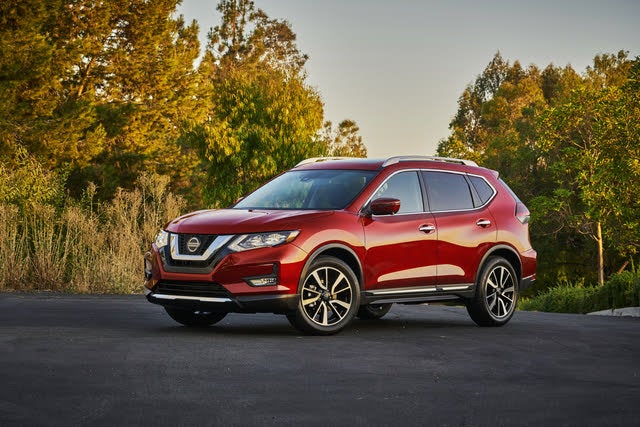 Years after the Honda CR-V and Toyota RAV4 had essentially established the compact crossover segment, Nissan entered the fray with its all-new Rogue for the 2008 model year. Positioned below the V6-powered Nissan Murano in the company’s lineup, the Rogue was designed to attract buyers who wanted an affordable and efficient alternative to the gas-guzzling SUVs that were falling out of favor. They found that in the Rogue, with its 4-cylinder engine, available front-wheel-drive (FWD) or all-wheel-drive (AWD) capability, and surprisingly spacious interior.

In the years since, the Nissan Rogue has improved in many ways, from offering a bevy of desirable features to increasing seating capacity from 5 to 7 passengers. And, while the original Rogue formula has remained simple, with its single engine choice and simple array of trim levels, the Rogue family has grown to include a hybrid variant and the smaller Rogue Sport.

2014-Present Nissan Rogue: 2nd Generation
The Nissan Rogue is due for a complete redesign in 2021, or 7 years after the launch of the second-generation model. For 2014, Nissan's cute 'ute arrived with a new look outside and better materials inside, along with standard LED daytime running lights, increased interior dimensions, an available 360-degree surround-view camera system, and the NissanConnect multimedia system with several integrated app functions. A reconfigured cabin included a sliding second-row seat and a new optional third-row seat that pushed seating capacity from 5 to 7 passengers. Power continued to come from a naturally aspirated, 170-horsepower 2.5-liter 4-cylinder engine mated to a continuously variable transmission (CVT), a pairing the EPA suggested would average up to 32 mpg on the highway.

No changes arrived for the 2015 Rogue, but it should be noted that a version of the first-generation model continued to be sold during the 2014 and 2015 model years. Dubbed the Rogue Select, this carryover variant was offered in S trim only and was sold primarily to fleet customers.

For 2016, Nissan upgraded the Rogue with Siri Eyes Free technology and forward emergency braking, while 2017 ushered in revised styling highlighted by a much more prominent grille. Perhaps more significantly, the Rogue lineup expanded by way of new Rogue Hybrid and Rogue Midnight Edition models. An all-new Rogue Sport debuted in 2017, as well, geared toward compact-crossover shoppers who wanted a smaller, 2-row version of the Rogue. Like its larger sibling, the 2017 Nissan Rogue Sport could be had with FWD or AWD capability in S, SV, or SL guise, but under its hood was a 141-horsepower 2.0-liter 4-cylinder engine.

The big news for 2018 was the Rogue's newly available ProPilot Assist steering-assist system, a bit of tech usually reserved for more expensive vehicles. In addition, Nissan boosted the list of standard features with adaptive cruise control, a sensor-activated power liftgate, and a 7-inch touchscreen infotainment system with Apple CarPlay and Android Auto. CarGurus tested the 2018 Rogue and recommended the SV AWD model due to its overall value.

Even more standard safety features, such as lane-departure warning and automatic emergency braking, marked the debut of the 2019 Rogue. No notable changes were made for 2020.

2008-2013 Nissan Rogue: 1st Generation
As noted above, the original 2008 Rogue was developed to give Nissan a player in the booming compact crossover segment that had been largely dominated by Honda and Toyota. Available with 2-row, 5-passenger seating and the option of FWD or AWD capability, the first Rogue could be had in S or SL trim with motivation coming from a 170-horsepower 2.5-liter 4-cylinder engine joined with a CVT (the same powertrain used in Rogues through the 2020 model year). Upon its launch, the EPA suggested the Rogue would average up to 27 mpg on the highway.

The Rogue carried over essentially unchanged until 2011, at which time Nissan revised the vehicle's styling, added a Krom trim level, and replaced the top-of-the-line SL trim with the new SV. Just one year later, the Krom version was gone, but a new Special Edition package appeared, as did a sport mode for all 2012 Rogues. In its final year of production, the first-generation Rogue was treated to a new SV with SL top trim level, as well as a Premium Package with Bose audio, a moonroof and navigation system, and more.

On a side note, there have been consistent complaints about Nissan's CVT over the years. Owners reported issues with the operation of the transmissions, including complete failure. In response, Nissan provided an extended 10-year/120,000-mile warranty for affected 2008-2010 Rogue models.

The Rogue has been Nissan’s best-selling vehicle, with annual sales exceeding 400,000 units in some years. However, part of that strong performance was attributed to aggressive fleet sales, which the company started decreasing in 2019. Still, the Rogue remains one of the market’s most popular compact crossovers.

Among the Rogue’s primary rivals are the Honda CR-V and Toyota RAV4, but many shoppers also consider the Chevrolet Equinox, Ford Escape, Jeep Compass and Cherokee, and Subaru’s Forester and Crosstrek models.