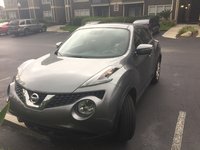 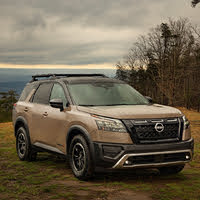 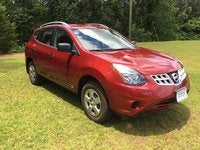 Radio - Backup Camera - 2016 Nissan Rogue SL - About once or twice a week the radio does not play nor the backup camera work after starting the engine. Took to a Nissan dealer that recommend changi...

2006 murano died and now when I turn the key on it beeps but I have no power to anything else and won't start. The battery has 12 volts. Any ideas what to look for?

219 views with 4 answers (last answer about an hour ago)

What Are The Good & Bad Concerning The Cvt Transmission?

I'm wanting to buy a Nissan murano. It has the cvt trans in it. What are the pros/cons concerning this type of transmission? Thank you.

The Nissan corporation was first founded in Japan in 1933, and was officially dubbed the Nissan Motor Company in 1934. The first Nissans were sold under the Datsun brand, with the Datsun 1000, a pickup truck, the first to arrive in the US.

In the '60s Nissan merged with Prince Motor Company and began offering passenger cars with the Datsun 210 and 510. With large, American cars dominating the market at the time, when Nissan entered the market it was on the cusp of the small import car revolution in the U.S. The Nissan pickup truck was the first compact truck to hit the U.S. market.

The '70s saw the rise of Datsun's Z cars, which, both new and old, are still sought after today. The Z also cemented Nissan's place in the performance car market, and was joined later by other sporty coupes like the Pulsar, NX, and SX.

In 1981 Nissan dropped the Datsun brand and began selling all cars under the Nissan brand. Nissan did well through the early 1990s, satisfying a variety of customers with sedans like the Sentra, Altima, and Stanza and with larger vehicles like the Pathfinder SUV and Quest minivan. However, by the late '90s, Nissan's fleet had grown stale, and slowing sales and impending bankruptcy threatened the company's future.

Carlos Ghosn, who assumed the role of CEO in 1999, is credited with turning the car manufacturer around. Now Nissan is one of the most profitable car companies in the world, and has released new models like the Murano crossover SUV, the rugged Xterra SUV, and the subcompact Versa in recent years. Nissan is also meeting the supersized truck demand with the Armada SUV and Titan pickup. Many of Nissan's core vehicles, like the Sentra and the Altima, were recently redesigned, and the auto maker is set to release its first hybrid car in early 2007.