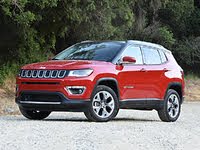 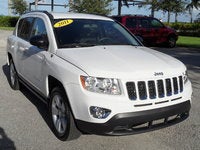 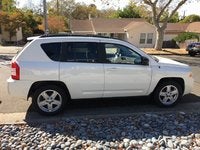 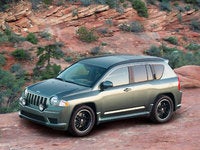 where is the fuse that powers the sunroof motor located? what amperage?

Worked for the first month, then randomly stopped working while driving. It would sometimes turn on after a couple tries and be fine for awhile. Now it dos it everytime I try to turn on the car. It...

Car Just Turned Off While I Was Driving?

While I was driving down the street my car just kinda jerked a couple of times them turned off? I tried right away to start it but it wouldn't start. I waited like 5 mins. Then it started right up...

Where is the ac drain line located for a clog 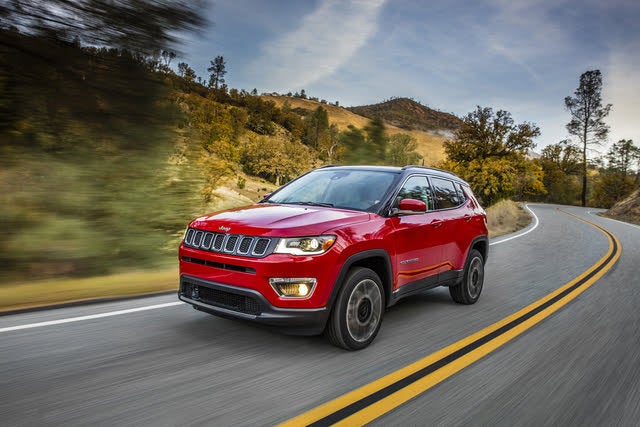 The Jeep Compass is a compact crossover SUV that first went on sale for 2007. Built for the frugal who love the great outdoors and need off-roading capability, the Compass offers most of Jeep’s legendary abilities at a budget-friendly price point.

While the Compass offers seating for five people, actually squeezing three bodies into the back seat is difficult. And while the second-generation Compass offers greater cargo capacity than the first, it’s still pretty tight–so pack light.

Cons: It lacks power and features cheap interior materials. It also gets pricey with desirable options.

As was true of the original Compass, the second-generation version uses a 2.4-liter 4-cylinder engine. It makes 180 horsepower, and with front-wheel drive (FWD), you get a choice between a 6-speed manual and a 6-speed automatic. Choose the optional all-wheel-drive (AWD) system, and the Compass gets a 9-speed automatic. Depending on the transmission and drivetrain choice, expect to get anywhere between 22 mpg in the city and 32 mpg on the highway.

True to its heritage, the Compass offers genuine off-roading capability, but you’ll pay more for it than other compact crossover SUVs, despite the abundance of lower-rent materials in the Jeep. CarGurus recommends the Trailhawk trim, which is the most capable version of the Compass in terms of off-roading, meriting an official ‘Trail Rated’ badge. In 2017, CarGurus gave it a 7.2 rating, followed by a 7.0 rating in 2018.

As far as trouble spots are concerned, on an annual average basis, Jeep has had to recall the second-generation Compass more often than the first-gen version, especially the 2018 model. Mechanical and electrical issues are the primary culprits.

If Jeep has the Compass on an 8-year design cycle, it will most likely see a refresh in 2021, with a complete redesign coming in 2025.

Jeep debuted the spunky first-generation Compass in Sport and Limited trims with a standard 172-horsepower 2.4-liter 4-cylinder engine. Oddly, a weaker 158-horsepower 2.0-liter 4-cylinder was an option, but only with Sport trim and FWD. Both engines paired with either a 5-speed manual gearbox or a continuously variable transmission (CVT).

Features like a built-in rechargeable flashlight and flip-down tailgate speakers charmed those who relish their outdoorsy lifestyles, but it wasn’t until 2011 that the Compass gained greater credibility as an off-roader, thanks to a new AWD system. That year, Jeep also redesigned the front end of the SUV, making it look more like the upscale Grand Cherokee. But the Compass still delivered sluggish performance, subpar interior quality, and unimpressive crash-test scores.

In 2014, a new 6-speed automatic replaced the CVT with the 2.4-liter engine and was an alternative to the CVT with the 2.0-liter. The most capable AWD system still required a CVT, though. Fuel economy for all first-gen Compass trims ranged from 23 mpg in the city to 30 mpg on the highway, depending on the drivetrain.

The Latitude trim was new for 2012, while Altitude and High Altitude special editions were introduced for 2014. In the first-generation model’s final year of production (2016), you could get the Compass in Sport, Sport SE, Latitude, and High Altitude trim levels. CarGurus tested the 2016 Compass, giving the SUV a rating of 6.5.

As far as recalls go, the Compass proved itself fairly trouble-free. From 2010 to 2014, the seatbelts and airbags required recalls, but the most noteworthy mechanical issue impacted the 2014 Compass: Jeep recalled versions with the 2.4-liter engine because debris within the engine could cause engine failure.

Today’s Jeep Compass is a ‘tweener. Jeep positions it as a compact SUV because the company considers the more expensive Cherokee to be a midsize SUV.

However, the Compass is smaller inside than most other compact models, especially the Honda CR-V, Subaru Forester, and Toyota RAV4. When it comes to off-roading capability, the second-generation Compass is one of just a few that can venture far from the beaten path, making it an alternative to the Subaru Crosstrek.