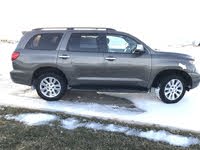 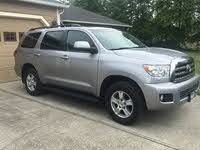 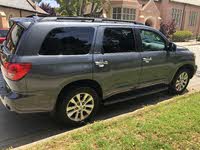 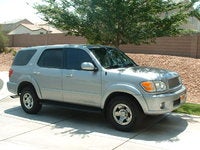 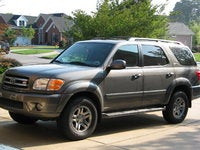 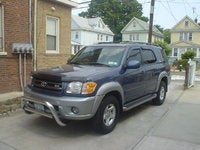 have a 2007 Toyota Sequoia 4WD Limited and the check engine, VSC trac & trac off lights all came on this morning when I started my car this morning. I filled up with gas 2 days ago but am pretty su...

One of the doors on my 2008 Toyota sequoia won't unlock if tried manually, like using the handle or unlock switch on the inside, but will unlock if I use the buttons next to the driver's seat. Why d...

TRAC OFF And VSC TRAC System

My "TRAC OFF" and VSC TRAC" light is turning on while I'm driving. I have a TRAC OFF switch but it doesn't turn off the system when I press it off, is that normal?. How do I turn the TRAC or VSC TRA...

I have a 2006 Toyota Sequoia and it has the VSC Trac lights on with the check engine light as well. I checked the upper O2 sensors with a multi meter and they read 2.1 oms. I need to know if that ...

The Toyota Sequoia, a full-sized truck-based SUV, was introduced in 2001 to fill the gap between the smaller RAV4 and the luxurious Land Cruiser. The Sequoia boasts a lot of towing and cargo capacity, and seats up to eight people. It is only sold in the U.S. and Canada.

The most noticible thing about the Sequioa is its size. It is huge. The Sequoia is a capable tower and hauler, but there are downsides to such bulk. For one, the Sequoia can be difficult to climb into. The controls can also be hard to reach.

Despite being built on a truck platform, the Sequoia is known for handling surprisingly well, and offers a comfortable, quiet ride. Amenity-wise, the Sequoia slots between the lower-priced 4Runner and the cushy Land Cruiser.

The Sequoia is due for a redesign in 2008, and is expected to be even bigger.