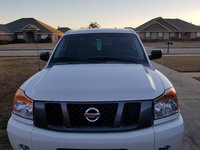 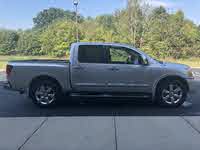 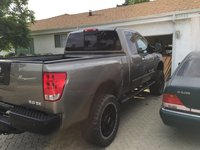 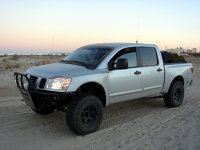 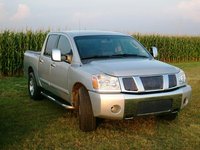 I have a 2004 Nissan Titan that ran perfect sat for 2 days and now won't start, I replaced the starter, the starter relay, battery and ignition switch it's been at a mechanic for a month they said ...

Hi, I have a Nissan Titan 2005 and I had it in water briefly up to the seats about 5 years ago. It has been running fine but now the transmission is calling to shift too early. I took it to a tra...

I Am Looking For A Truck

I am looking for a Truck with automatic transmission, in decent condition, affordable & dependable. You ask what kind? I am not sure! I put my favorite Car Maker, the year is not real old and trim? ...

Nissan Titan Smoking On Start Up

My Titan smokes white smoke upon start up and uses oil. Mechanic changed the pcv valves, cleaned the head and valve covers and it still smokes. Compression check was fine.. He is now telling me th...

29 views with 7 answers (last answer about a year ago)

The Nissan Titan is the auto maker's contribution to the full-sized truck market. As the name suggests, the Titan is big. It compares to trucks like the Ford F150 and the Toyota Tundra, but it sells so few that it doesn't really compete.

The Nissan Titan has been praised for its roomy, comfortable interior, wide rear doors, and other unusual features. However, it has been criticized for not offering as many body styles as similar trucks.

The Titan has been plagued with quality issues, particularly with the brakes, which tend to wear out very quickly.