About the Ford Taurus

While a few older versions of the Ford Taurus would turn a head just as soon as spark a snicker, the latest generation is decidedly noble. Last year's redesign complemented the previous generation's feature enhancements to reveal a solidly professional full-size package with plenty of bump in the trunk. There's 20 cubic feet in that rear - but even the baseline engine can ably haul its own butt and then some.

This year the Taurus gains in standardized features, including a rear-view camera for the top-of-the-line Limited and SHO models and a three-year subscription now included with Sync for the Traffic, Directions and Information service. Additionally, HD radio functionality is now included with the optional navigation system.

Available trims again range from the baseline SE to the mid-grade SEL and luxurious Limited, with the streaking SHO topping out the line - all running on a 3.5-liter V6 with the same 6-speed automatic transmission, with cozy seating for 5. The SHO is available only in all-wheel drive (AWD) with an exclusive V6, while the Limited and SEL are available with AWD, but like the SE drive power to the front wheels by default (FWD).

Opting for AWD does not affect fuel economy very much, and even the high-performance SHO gets the very same 17 mpg city/25 highway as an AWD-equipped SEL or Limited. Going for the standard drivetrain will squeeze out an extra 1 mpg city and 3 on the highway from the very same 263-hp and 249-lb-ft 3.5-liter V6. Yes, it can even tow your 1,000-pound toy.

For all of its perks, the SHO is a bit pricier than other options. The rest of the pack is downright drool-worthy for the price - so long as you don't care about silly notions of status. Call it the Mona Lisa of cars - stately, if a bit bland. At least Ford got past its Blue Oval phase - and drivers are starting to notice.

While the manufacturing consistency isn't impeccable, the vast majority of Ford's Tauruses leave the line without a glitch, and drivers grow to passionately love their new four-doored friend. A few might find the cabin a bit confining, however, so give it a good long test drive to make sure nothing rubs you the wrong way.

The Ford Taurus is one of those cars that keeps on surprising everyone - even Ford. When the Taurus became its best-selling car after just one year, being a refreshingly different aerodynamic design nobody else dared to produce at the time, Ford thought to make the Taurus into a true Blue Oval for the third generation. That design didn't turn out so well, and the Taurus went straight to the bottom just as quickly as it rose to the top, thanks to that frankly nauseating style.

The Taurus fell so far from grace that Ford thought about discontinuing the model in 2006, but surprise, surprise - it was back very quickly, at first as the Ford Five Hundred, and then with its familiar nametag for '08. The Taurus has since struggled to regain its former market share, at least partly because buyers chose to forget about the Taurus during Ford's widely welcomed if short-lived death of the line.

However, the Taurus has genuinely turned a corner in its latest generation. Albeit a bit of a tight fit in spots, the power, features and cargo space are certainly up to par with the competition but without the kick in the wallet other automakers would demand. Given the rebirth of the high-performance SHO, the latest generation is about as close a modern buyer can come to the glory days of Taurus.

The first-generation Taurus was produced from 1986 to 1991, and although the baseline 90-hp four-banger was a laughing stock and later dropped, the Taurus enjoyed superstar status throughout its first years with otherwise solid performance and generous comforts. A 140-hp V6 was also offered - only with an automatic transmission - and that along with the 220-hp 3-liter V6 for the SHO certainly helped move this full-size sedan off lots in record numbers.

Ford sharpened up the lines for the second-generation Taurus, offering L, GL, LX and SHO trims initially, with the sporty SE debuting for '95 - the final year of this generation. These Tauruses optionally featured antilock brakes and a passenger-side airbag for the first time, and all but the SHO and SE were offered in sedan and wagon flavors with either a 3-liter or 3.8-liter V6. Although the SHO differed from all the others as a manual by default, it could be equipped for the first time with the automatic transmission and a 3.2-liter version of the default 3-liter V6 for the same 220 hp.

Then Ford went seriously overboard with ovals and bullishly launched the third-generation Taurus straight off a cliff. While other automakers were streamlining their bodies into streaking machines, Ford plopped a squashed duck on the road and called it a car. Buyers were not pleased, and though it was roomier and more powerful than the previous generation, the transmission was markedly sluggish and dragged down its overall performance.

The only good thing to happen for the Taurus in this generation was the 200-hp Duratec V6 that was standard in the luxury LX trim. The SHO received a 3.4-liter V8 good for 235-hp, but it along with all other Tauruses were now available only with a 4-speed automatic transmission. The G and GL received the baseline 145-hp Vulcan V6 by default, while the wagon body style was offered only for the GL and LX.

Ford got the message and hardened some of the lines for the 2000 model and ran with it for the next 6 years. The baseline engine was now a 155-hp 3-liter V6, the 200-hp V6 carried over from the previous generation, and an improved 4-speed automatic gearbox remained the lone transmission choice. The base LX included air conditioning and some standard power features, and the midlevel SE wasn't quite as sporty as before, but the luxurious SES and SEL provided the 200-hp V6 plus features like automatic climate control and an in-dash 6-CD changer.

The SHO was gone, though, and only the SE had an available wagon style at first. An SEL wagon joined shortly after this generation's debut, but in 2005 the trim levels were consolidated to just the SE and SEL, with the complete elimination of the wagon and 200-hp V6 in the final year of the generation. The Taurus was lost in a sea of foreign competition, and despite attempts to attract buyers with zero-cost options, the Taurus had apparently run its course, and Ford announced it would end production.

Of course, Ford didn't stop producing the Taurus - it just made a few improvements and called it the Five Hundred. Two years later the Taurus was back and better than the Five Hundred, this time with the option of all-wheel drive, but all trims came only with a 6-speed automatic transmission mated to the 263-hp 3.5-liter V6. Even the base SE came equipped with powered front seats, leather touches, an auxiliary audio jack and a full set of safety features. Above that were the midlevel SEL and fully loaded Limited, featuring leather upholstery, driver memory settings and Sync.

These '08 and '09 Tauruses focused significantly more on function than form, but Ford addressed that for the 2010 debut of the latest generation with much improved style inside and out. The 3.5-liter V6 carried over from the previous generation, and very little changed about the SE, SEL and Limited except for additional standard features. Even the SE snags alloy wheels, full power accessories, a powered driver's seat and 6-speaker stereo with CD/MP3 player and auxiliary audio jack.

The beloved SHO, king of the Taurus, was back on its throne as well, this time only with all-wheel drive and a twin-turbocharged version of the 3.5-liter V6 good for 365 hp. With a sport-tuned suspension, xenon headlights and special interior, its solid performance helps bring the Taurus back to the line's former glory. Very little has changed about this winning combination since.

Every model year of the latest two generations since the comeback is a worthy and reliable buy, appearances being the only significant barring factor from the '08 and '09 model years of the previous generation. The very first runs of each generation have the expected makings of lemon aid, but these should be largely weeded out of the marketplace by now, leaving a rather large pack of underpriced bargains. Just keep an eye out for any amount of wiggle, as a well-made Taurus of these years suffers only from the usual Sync programming issues and low tolerance for being driven hard.

The most reliable models while the Taurus went through puberty - that awkward decade starting with the debut of a giant oval pimple for '96 that was popped and only somewhat deflated for 2000 - are in the final two years, but the '06 is not as desirable without the 200-hp V6 or wagon body style offered in all previous models of these generations. However, for less than five figures, just about anyone can afford to believe beauty is on the inside, given this generation's wide availability of upscale features.

Any earlier is a mechanic's special - especially if you have a particularly pesky apprentice. Rebuilding engines and transmissions are great ways to keep someone busy even if they plow through the other countless issues - but if you don't need the practice or the parts, these old dogs are best left sleeping. 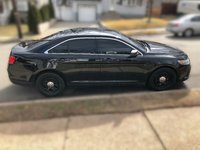 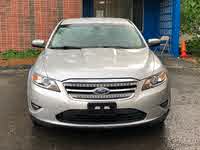 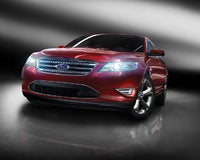 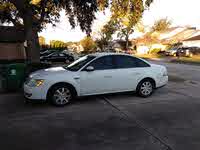 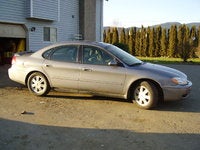 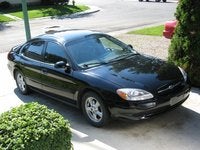 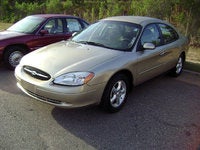 Where Is The Keyless Entry Antenna 2010 Taurus Limited

I can not locate the keyless entry antenna for my 2010 Taurus limited. The fobs do not work at all and the IA key is not recognized. I suspect the antenna may be bad..

WHAT IS THE PRICE TO LIST A CAR FOR SALE

What is the price to sell a car online with carguru?

25 views with 1 answer (last answer about a month ago)

Why Was My Car Not Recalled?

My car was not recalled despite having the same make model year and problem as other recalled vehicles. Why not and is there anything I can do? It's dangerous.

Replaced ignition switch & Transmission Range sensor, Starter will crank over when using extension leads from starter relay to socket if I substitute a ground wire on the non control side of the rel...

Clock Spring How To Replace It

how to replace clock spring and if this need tobe reprogamed after instalation?