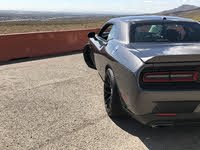 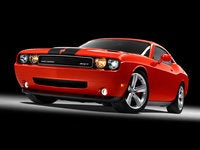 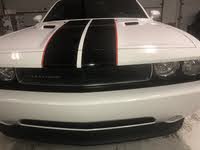 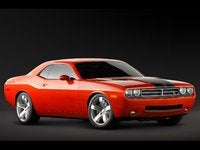 Will Driving A Couple Of Miles With Emergency Break On Mess Up The Car?

I drove a couple of miles not realizing the emergency break was on. I didn't use excessive speed or alot of braking. It seemed hot when I got home so I sprayed with water hose

Will Escrow Service Pay Off The Sellers Car

Will an escrow service pay off an auto loan?? We found a vehicle but the seller wants us to pay off the loan then 10 days later she will sign over title once she gets it. We are not comfortable wi...

Hi everyone, I have a dodge challenger 2014 SRT8 6.4L Manual and every few days I can see the ABS and ESC lights on randomly while driving normally. When I turn the car off and back on the lights ...

Dodge's entry into the pony car market just as that market was beginning to wane, the 2-door Challenger came in either convertible or hard-top form. Built on a Plymouth Barracuda platform, it was two inches longer than the 'Cuda and had a wider and longer hood than the Mustang. If you notice similarities to the Charger, that's because the same guy, Carl Cameron, designed both cars.

Though the base model of the Dodge Challenger came with a Slant-6 engine, the R/T performance model came in a variety of V8s, culminating in the 426 Hemi, at 425 bhp. After several changes in engine offerings and trim names, this generation of Challenger lasted only until 1974, due to low popularity, but was reintroduced as a four-cylinder coupe along the lines of Honda Prelude or Toyota Celica in the late 1970s.

Because so few were made or sold, the Dodge Challenger, particularly from 1970-71 is highly sought after by collectors. The big news for 2008 is Dodge's Challenger Concept Car. Inspired by the success of Ford's return to a somewhat classic look for its Mustang, Dodge is releasing a retro style Challenger in 2008 that is much anticipated by muscle car fans everywhere.