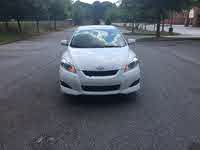 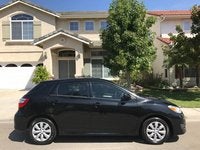 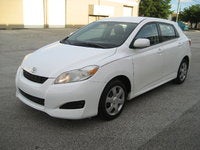 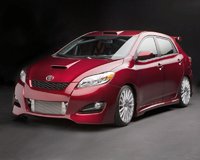 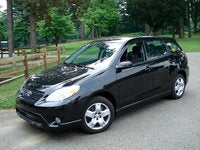 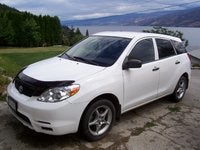 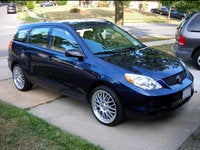 Driver Side Water Running On Me From Where The Felt And Plastic Meet On The...

I have a 2006 MatrixXR which is leaking streams of water on me, when or after, it rains. After having the drains on the sunroof blown out twice, I ordered a sunroof seal from Toyota, and had it put on...

My 2009 Toyota Matrix Awd The Seats Get Stained By Water Spots All The Time...

hello my seats in my Toyota matrix always get water spots on them how can you stop this?? I heard this is a complaint with some of the interiors of the Toyotas please help

What Is This Button???

What is the little round covered hole near the gear shift? It's on the flat surface on the upper right side from the gear shift. You can push it in and it pops back to the surface. It's a Automatic...

How Do I Put My Car For Sell On Car Gurus

trying to sell my car

The Matrix is Toyota's foray into the nascent "CUV" segment: Car Utility Vehicles. As the name suggests, the Matrix is a mixture of coupe, hatchback, and SUV elements.

The Matrix was introduced in 2003, and took the place of the Corolla wagon, which was retired in 1997. It provides increased storage space and length when compared to a coupe or hatchback, but doesn't ride as high as an SUV, so it's not as prone to rollovers. As expected, fuel economy is somewhere in the middle between the great results of the compact coupes and the relatively worse fuel economy usage of many SUVs.

The Matrix is actually a collaboration between Toyota and General Motors. The GM version is the Pontiac Vibe, which looks quite different from the Matrix, but the two cars are very similar mechanically.

The Matrix is marketed to a younger consumer. So far, sales have been strong and the Matrix is frequently seen on the road.