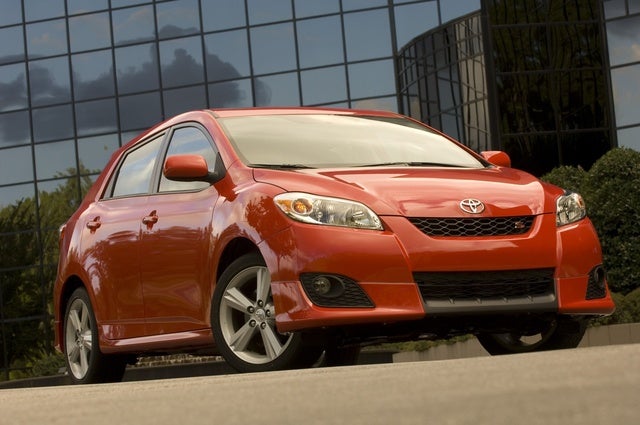 Users ranked 2009 Toyota Matrix against other cars which they drove/owned. Each ranking was based on 9 categories. Here is the summary of top rankings.

Have you driven a 2009 Toyota Matrix?
Rank This Car

They are fantastic cars if taken proper care of. Read More

Engine way more powerful than the earlier model. Seat covering not meant for family. It get dirty easily. Fuel economy sensibly same as the 2005 model even with bigger engine. Don't like the sound ... Read More

Great overall no frills vehicle...especially like how it handles.... .good value for the money. Read More

Great overall car. Toyota should start making these again. Reliable and very roomy. Very sporty and not an eyesore to look at. Great on mpg. Cons are few . No ABS . No bluetooth and hp is only arou... Read More

I could not compare the Toyota Matrix 2008 to any other car because of my personal experience with the matrix. The reliability of my last 05 Matrix was beyond any car I have ever owned, in my 60 ye... Read More