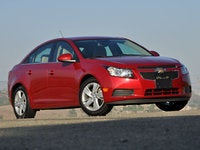 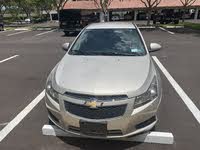 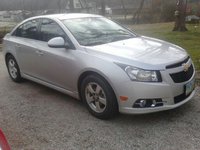 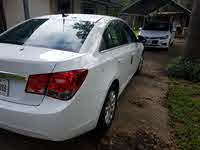 Good Day. My Car Does Not Start It Shows Code 95 On The Dashboard. Can The ...

818 views with 4 answers (last answer about a week ago)

How To Put My Car For Sell

What Are The Title Requirements To Sell A Car?

The title is in my name and my deceased husbands name. Is the title and the death certificate what I need to sell the car?

I Have A 2013 Chevy Cruze With A Cylinder Misfire.

I changes the coil pack and Plugs back this past April for the same issue. I am now getting the Check engine and Traction control alert coming up and the engine is misfiring. I don't know what else ...

18 views with 2 answers (last answer about a month ago)

Car will shake for about 3-5 seconds in 5-6 gear. Service Stabilitrak will pop up intermittently but go away with restart. Code P0301 read for ‘Cylinder 1 Misfire’. Any ideas on where to start? My ... 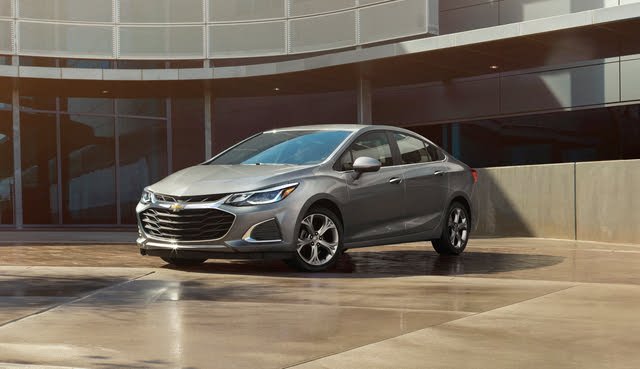 To replace its middling Cobalt compact car, Chevrolet introduced the Cruze for the 2011 model year. Yes, it was still made for those who needed a 5-passenger sedan at a budget-friendly price, but the Cruze was a dramatic improvement over the Cobalt. It was as though Chevrolet learned overnight how to build a competitive small car.

First introduced in sedan form, the Cruze got a hatchback body style in the car’s second generation, tripling cargo space when its rear seats were folded down. A variety of 4-cylinder engines powered the Cruze, including a B20 biodiesel-compatible turbodiesel.

Following a minor refresh for the 2019 model year, the Cruze fell victim to the consumer shift to SUVs. Chevrolet canceled the car, so the nameplate is no more, but it will live on in the used car market for years.

Pros: It’s roomy for the segment and available in a hatchback body style. It offers an optional diesel engine, useful technology, and refined driving dynamics.

Cons: It has a bland design, uncompetitive warranty and connected service offerings, and underwhelming power.

2016 to 2019: 2nd Generation
Chevrolet redesigned the Cruze for 2016, improving fuel economy and adding modern safety and infotainment technologies. A 5-door hatchback joined the lineup for 2017. It added plenty of versatility, offering 22.7 cubic feet of cargo space behind the rear seats and 47.2 cu ft with the seats folded down.

The second-generation Cruze benefitted from a mild cosmetic freshening for 2019, and then Chevy pulled the plug. Recognizing that Americans wanted SUVs, and needing to invest in an electrified future, the company could no longer afford to continue building a car nobody wanted.

The gas-powered Cruze impressed with its high fuel economy of 34 mpg in combined driving, with the turbodiesel returning slightly more, at 37 mpg. The second-generation Cruze has been recalled infrequently, but that could change over time.

Four trim levels were available for the Cruze when it debuted: LS, LT, Eco, and LTZ. A low-cost L trim arrived for 2015. The first-generation Cruze shares a platform with the Buick Verano, but you wouldn’t know it from how different they are in terms of powertrains, exterior design, interior materials, and layout.

A 136-horsepower 1.8-liter 4-cylinder engine was standard for the Cruze, with a 138-hp, turbocharged 1.4-liter 4-cylinder engine installed in higher trim levels. The turbocharged engine made more torque, resulting in more satisfying performance. Both engines were offered with a manual or automatic transmission delivering power to the front wheels.

The first-generation Cruze wasn’t a particularly reliable vehicle, with recalls pertaining to its powertrain and mechanicals during every year of its existence. Still, good safety ratings, a generously sized trunk, a modern (for its time) infotainment system, and the efficient Eco and Diesel models make the Cruze appealing.

Despite its positive features, the Chevrolet Cruze struggled to hit its stride with consumers, who after decades of mediocre small cars from Chevy had migrated to the Honda Civic, Hyundai Elantra, Mazda Mazda3, Toyota Corolla, and Volkswagen Jetta. Loyalists crossing over to crossovers may have chosen a Chevy Trax or Equinox instead of a Cruze.