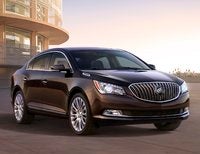 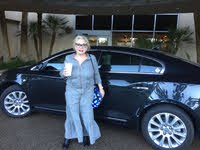 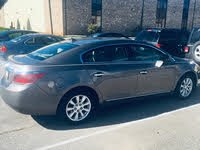 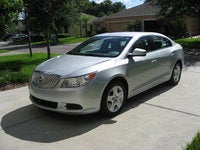 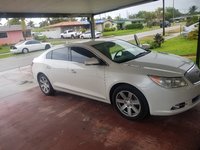 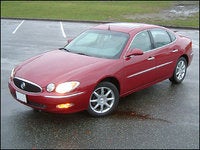 What does this battery or memory card looking symbol mean? Does NOT only appear when need gas.

Can I Sell On Car Gurus Myself

I want to list my car on car gurus

2017 Buick LaCrosse with battery in trunk. How do you change it out? It certainly won't fit threw the access cover will it? Do you have to remove the interior wheel well trim piece? What am I missin...

Control Panel And Radio Stopped Working But The Car Still Runs And Drives, ...

Why do my battery keep draining.....even after I put in a new battery and starter and alternator.....

With the departure of the Regal and Century mid-size sedans, Buick introduced the LaCrosse in 2005 to fill their shoes and hopefully attract a younger audience to its lineup. Though it uses the same platform and engine choices (a 3.6 and 3.8 V6) as the older models, the exterior and interior have been redesigned, with a focus on comfort and quality.
Three trim offerings vary from base to sporty to luxury and carry a good deal of standard features, such as ABS brakes, OnStar, remote keyless entry and start, and power driver's seat. The LaCrosse is trying to compete with more luxurious, but also more expensive sedans by loading up on features. Buick has reinforced the steel body paneling and added sound insulation for more safety and less road noise.
A retuned and stronger suspension improves handling and turning ratios, and traction control is standard across the line. Long saddled with the stigma of being an old person's car, Buick is hoping its updates and active nameplate will entice a new generation of drivers. But despite the reported styling changes, the LaCrosse looks very similar to older style Buicks and though its improved handling does help add to its sportier aspirations, an outdated 4-speed automatic is not likely to be a big selling point. Inside, the backseat can get cramped, with limited headroom due to a sloping roofline.

It still may be too early to tell how the new Buick LaCrosse will fair in the mid-size sedan market. It certainly has a cheaper price tag than other well-appointed competitors and is generally believed to be one of the best U.S.-produced cars on the market, but it still lags behind in style, performance, and upscale features.