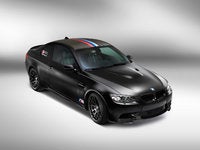 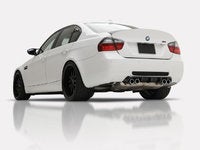 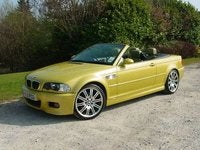 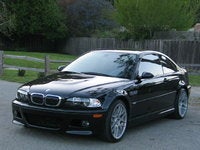 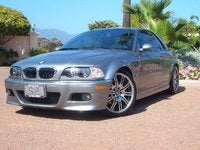 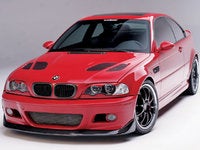 hi can any one help at all. so i have a m3 f80 2018 competition pack. and my boot is full of water, battery compartment nearly full to the top by water, and the amp section full of water to. so i ha...

What Can You Do For That?

What Have 2004 M3 Convertibles Been Selling For Recently?

How Do I Change The Transmission On My Listing? Drop Down Only Has Manual.

Hello, Your website states my vehicle has an accident when carfax shows it does not. Can you please remove that issue.

Necessary for FIA Group A homologation, the M3 was produced and offered for sale as a modified version of the 1986 E30 3 Series. To create the first M3, the 3 Series of the time received a stiffer body and chassis with flared wheel wheels to accommodate a wider track and the taller and wider wheels the M3 would sport. It stole the wheel bearings and front brake calipers from the 5 Series of the day, and was treated to a Getrag five-speed and heavy-duty rear differential with a unique ratio. The M3 also got a more direct steering ratio and a feature that was considered quite exotic at the time, ABS (antilock brakes).

The external visual changes may seem subtle on paper, but were quite distinctive in person. In fact, the only body panels shared by the M3 and the standard 3 Series were the hood and sunroof, and with the wider stance as well as a caster angle three times that of its 3 Series brethren, an M3 was unmistakable.

Despite the power and popularity of the inline six-cylinder engines BMW had been producing, the decision was made to exploit the shorter crankshaft and higher rev possibilities of a four. The winner was the 2.3-liter S14 engine – essentially an overbored version of the M10 block that powered the original 3 Series. With better breathing and a bit of coaxing, the 2.3 offered almost 200 hp. Impressive to be sure, but that was reserved compared to the S14’s actual capabilities. By the end of the E30 M3’s racing career, displacement had been bumped to 2.5 liters and output had rocketed to 340 horses, without the help of forced induction.

The E30 M3 had enormous success on the track, absolutely dominating the touring car racing scene, but its success in the showroom was no less impressive. In all, BMW would produce 13 versions of the E30 M3, including special editions and homologations, and the European versions we never saw on these shores. Still, the next generation E36 3 Series debuted in 1991, and an updated M3 was to follow a year later.

It was during this time that the M3 received its first inline-six, the 3.0-liter S50, which produced 240 horses here in the States, and 282 elsewhere. In what could be considered retaliation for that whole WWII business, in 1996 the Germans increased displacement in the S50 to 3.2-liters, bumping output in Europe to 316 hp, but leaving us Americans with the same old 240 horses we’d already been penalized with. This was achieved by virtue of the OBD 2 engine electronics, but thanks to a more versatile torque curve and more aggressive gearing, the performance of the U.S. and European-spec M3s were virtually the same, at least off the line. Also in 1996, the M3 received the six-speed gearbox – although only in Europe - and larger brakes from its big brother, the M5. The next year, BMW’s Sequential Manual Gearbox was offered as an option.

Two additional doors made their entrance in the M3 world in 1997, the same year buyers got the option of nixing the top. The four-door sedan saw particular success, helped in part by BMW’s decision to stop producing the M5 two years prior, but mostly because of the superior balance of the sedan over the coupe, and the fact that at only 30 pounds heavier, performance was barely affected.

But if weight was your concern, BMW had an answer in the form of the Coupe Sports Lightweight version of the M3, otherwise known as CSL and produced in 1995. By ditching the AC, sound-deadening materials, radio and sunroof, the CSL weighed 200 pounds less than the far-from-base M3. The CSL also benefited from revised bracing, a dual pickup oil pump, an adjustable front air dam and a 3.23:1 rear axle ratio.

A new century brought with it a new milestone for U.S. Teutonophiles, as the E46 M3 would debut with a 3.2-liter, M-tuned inline six-cylinder engine that produced over 300 hp, even in the States. At 333 hp Stateside and 338 elsewhere, the S54 engine was the most powerful naturally aspirated engine produced by BMW up to that point, finally cracking the 100 hp/liter mark. Americans also got the option of the new version of BMW’s Formula-1-derived sequential manual gearbox, the SMG II, in addition to the Getrag six-speed manual included as the base transmission.

More importantly, all M3s received a new, variable M differential lock in this generation, utilizing multiple clutch plates and a potential 100% lockup to aid high-speed driving. Quite an improvement over the E30 M3’s 25% lockup.

Sadly, the M3 four-door sedan was dropped here, and the E46 was available solely as a coupe or convertible. Still, BMW continued with its tradition of producing several special models of the M3, including the first V8 version – the GTR. Although initially a race prototype, designed to stay competitive with the Porsche 996 GT3 in the American Le Mans Series (ALMS), 10 detuned road versions were eventually produced to quell complaints from competitors. A rule modification the following year upping production requirements to 100 vehicles effectively ended the GTR’s racing career as well as V8 power for the M3, with BMW pulling out of ALMS.

But five short years later a new V8 M3 would be born. Debuting at the 2007 Geneva Auto Show, the newest M3 showed up with the naturally aspirated, 4.0-liter S65 V8 – a monster of a high-revving engine that produces 414 hp at 8,300 rpm. Despite a power and displacement increase over the E46 M3, the S65 V8 actually weighs 33 pounds less than the E46 M3’s inline-six, due to aluminum construction and many additional weight-saving measures. High-strength/low-weight materials were used throughout the car, including aluminum front axle and rear control arms, an aluminum sub frame and a carbon-fiber roof for the coupe that drops critical pounds up high.

The sedan returned, albeit without the carbon-fiber roof, and for this generation each iteration of the M3 got its own body designation code - E90/92/93 - as opposed to sharing the code across sedan, coupe and now-hardtop convertible styles. Shortly after the debut, the new SMG transmission was introduced, named the M-DKG (Doppel-Kupplungs-Getriebe) in German, or the M-DCT (Double Clutch Transmission) in the English-speaking world. This “automated manual” actually improves 0-60 times by two-tenths of a second over the manual, while retaining identical mileage ratings.

BMW returned to ALMS with the M3 GT2 in 2009 after a two-year absence, and similarly returned to the 24 Hours of Le Mans in 2010 for the first time since their 1999 win. The M3 GT4 made a showing at the 2009 24 Hours Nürburgring, followed by a GT2 in 2010, but the latter was relegated to the experimental factory E1-XP class due to several unsanctioned modifications. The GT4 is even available as a homologated production race car in Europe, although we Americans have yet to be offered the same privilege.

But really, what more do we want? The Deutsche Dagger started out as a potent weapon with a seemingly placid profile. At its birth, powered by a modified version of the four-cylinder engine the 3 Series was born with back in the mid-'70s, the M3 was barely able to crack the 7-second 0-60 jaunt. A quarter century later, today’s M3 is threatening to make the same sprint in less than 4. Perhaps more impressive, this is accomplished without the vicious brutality that can too often accompany such unforgiving power. Or maybe I’ve misspoken, for the M3 certainly can be a vicious animal, if a well-trained one. Its composed nature merely hides the potential lying just behind the accelerator, even if adjustments need to be made to the driver assists first. And while those mostly optional assists have made the M3 an easier car to drive and a safer car to drive, BMW has made sure they haven’t made the M3 any less fun.