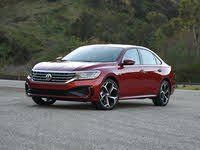 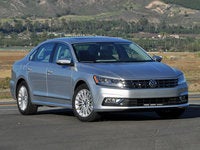 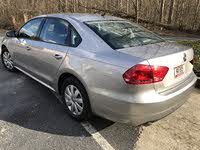 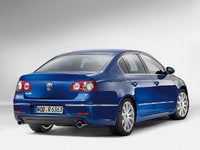 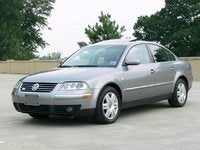 I Am Not Able My Listing.

Since i couldn't find my listing. i tried to relist with same vin #. When i entered my credit info, i got a message saying the listing with vin # already exists and my card has not been charged

Is there a way to tell if my 2012 VW Passat motor has the oil pressure sensor next to the oil filter housing without taking it apart? I need to order a new motor and the 5th digit is a P, but I have...

I Have An 06 VW Passat Replaced Battery Replaced Alternator Still Not Charg...

76 views with 3 answers (last answer about a month ago)

What Kind Of Oil Should I Use

345 views with 2 answers (last answer about a month ago)

I've been experiencing issues with my 2017 Passat where the center of the infotainment is a deadspot and I can't select anything. Occasionally my whole system will freeze up where I can't even chan...

Although the Volkswagen Passat was introduced by the German automaker in 1973, it was initially known in North America by other names, including the Dasher and the Quantum. It wasn't until 1990 that the car was officially dubbed the Passat, which is a name derived from the German word for "trade wind." By that time, the Passat had grown from a compact into a mid-size family car, and would be offered over the following years as both a four-door sedan and a wagon.

In the years that followed, the Passat would receive a number of makeovers, and would continue to be stretched and widened. Engines would also receive bumps in horsepower, and the list of standard features would continue to grow as Volkswagen borrowed elements from the Audi (which was owned by the automaker) and dropped them into the Passat.

The 2007 Volkswagen Passat has come a long way from that first model in 1973. The base engine is now a fuel-efficient 200-hp 4-cylinder, while a 3.6-liter, 280-hp V6 is also available. The list of the car's technical innovations includes electronic braking assistance, which provides acoustic signals to help you park in tight spaces, and a hydraulic brake assist system that stops the car quicker in an emergency.

Inside, the innovations are just as cool, and include an electronic parking brake operated by a button on the dash, and an integrated umbrella holder in the driver's-side door. Such options as 12-way power seats, a DVD navigation system, and a Dynaudio premium 600-watt audio system are also available, making the Passat a truly competitive and innovative mid-size family car.