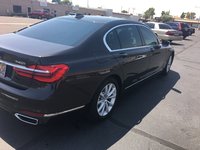 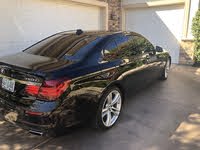 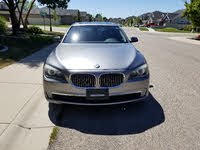 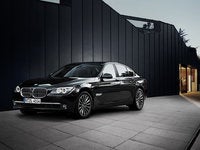 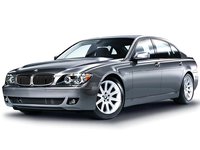 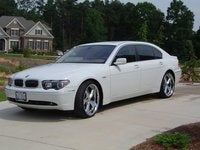 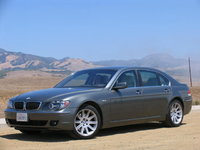 Where is the crankshaft location on the 2006 BMW 750Li? My car is having problems starting and I have a part coming in soon.

How Do I Post My Car For Sale On CarGurus.ca

Trying to post me car for sale on CarGurus.ca

All Lights On In Dashboard

About a month ago I started my 2013 750LI and all the lights came on in the dashboard and the speedometer does not work I change the ABS sensors, what's next?

Following the success of the 5 Series midsize sedan, which debuted in 1972, BMW launched the larger, more luxurious 7 Series in 1977. Designed to compete with Mercedes-Benz's high-end luxury sedans, the 7 Series evolved from the New Six line of six-cylinder vehicles offered by BMW during the 1960s and '70s. New Six trims included the 2500 and 2800 sedans, as well as the 2.5CS, 2800 CS, and 3.0 CS coupes. In 1977, the automaker introduced the new E23 platform, which became the first 7 Series generation.

Continuing a tradition established with the 5 Series, BMW used a three-digit naming system for the 7 Series, in which the first digit indicates the platform (in this case, the 7 Series), and the last two numbers indicate engine size. First-generation North American trims included the 733i and 735i, with the "i" indicating fuel injection. The automaker also offered trims from the 728 to the 745 in other countries, as well as long-wheelbase "L" trims. The L trims provided extra legroom in the rear seats and a higher level of luxury amenities.

In 1987, BMW replaced the first-generation 7 Series with the second generation, which rode on the E32 platform. For the second generation, the automaker beefed up the six-cylinder engines, to 3.0-liter and 3.5-liter powerplants, and added a V12 engine for the new 750i trim. Owners could outfit the second-generation 7 Series with such options as a wine cooler, a fax machine, and traction control, adding to the vehicle's cache as a high-end luxury vehicle.

The third-generation 7 Series, riding on the E38 platform, debuted in 1994 and lasted until 2001. Highlights included a new 4.0-liter V8 engine (increased to 4.4 liters in 1996) and a five-speed automatic transmission (up from three speeds in previous years). Torque maxed out at 310 lb-ft for the larger V8. U.S. trims included the 740i, 740iL, and 750iL. The 750iL featured a 322-hp, 5.4-liter V12 powerplant, while optional features for all trims included auto-leveling high-intensity headlights, a power sunroof, a 6-CD changer and satellite navigation.

The E65/66 platform formed the foundation for the fourth generation of the 7 Series, which reigned until 2008. Both standard-wheelbase (E65) and extended-wheelbase (E66) trims featured a completely redesigned body with more rounded edges and flowing lines. The fourth generation also featured the controversial dual-angle "Bangle Butt," created by new 7 Series designer Chris Bangle. The iDrive control and communications system, with its centrally located control knob, debuted in this generation. However, the iDrive, as well as some other mechanical and technological features, experienced quality design issues early in the generation. BMW offered the fourth-generation 7 Series in a wide range of trims, from the 730i to the 760Li, driven by a range of V8 and V12 powerplants.

The current fifth-generation 7 Series rides on the F01/F02 platform, similarly designating standard-wheelbase and extended-wheelbase trims. A ZF six-speed automatic transmission comes standard in all trims, including the 740i/Li, the 750i/Li, and the 760Li, as well as the diesel-powered 730d/Ld and 740d trims. New features for the fifth-generation 7 Series include BMW's optional xDrive all-wheel-drive system and an improved iDrive system. BMW also offers the 7 Series in an ActiveHybrid trim, and plans to offer hydrogen-powered versions of the 7 Series in coming years.