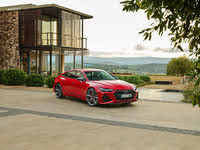 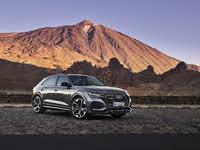 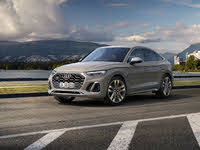 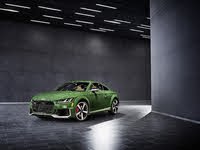 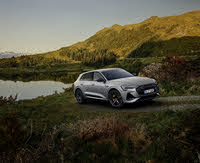 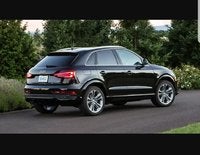 I leave my dog in my Q5 Audi and I hit the lock button once and then again however it still senses her motion inside causing the lights to flash but no sound of the alarm how do I shut it off comple...

Could My 2003 Audi Be Traded In.even If Not Fixed Or Can It Be Fixed

My Audi went into.a snowditch pon Feb 1st this last year .had problems finding anyone to work on it and finally found a garage in North Lewisburg Ohio that said they could repair it but after week...

Guru9RYRB5 asked a 2012 Audi A4 2.0T Premium Sedan FWD General question about a month ago

Where Can I Report A Dealer For Selling A Unsafe Car

Bought a used car from southern Ca auto house and in 2 months have had to spend over 2400.00 to make it safe to drive .

Elisia asked a 2017 Audi A7 3.0T quattro Competition Prestige AWD General question about a month ago

If I Am Selling A Car Privately Will It Automatically Show Up On CarGurus?

If I am selling a car privately and have it posted on FB marketplace, Autotrader and Kijiji will it show up on CarGurus?

14 views with 1 answer (last answer about a month ago)

Started in 1899 by August Horch, who picked the name Audi because it was the Latin translation of his name, "hark," Audi joined forces with three other German car makers to form the Auto Union in 1932, symbolized by the now famous four interlocking rings. Each company kept its own identity, with Audi focusing on performance and luxury cars. After World War II forced a regrouping, Audi was bought by Volkswagen in 1964, and the two now share the technological innovations developed in Audi's lab in Ingolstadt.

Audi is known today for its quality engineering, focus on technological advancements, and emphasis on comfort and luxury in the driving experience. Over the years they have introduced such innovations as the four-stroke engine (the Audi 72 in 1965) and the highly touted quattro technology. This all-wheel drive system distributes power evenly over all four wheels to increase traction and stability. Previously only in larger vehicles and thought too heavy for a race car, it debuted on the race car circuit in 1980. By 1982 it appeared in the Audi 80, and by 1984 it was offered across the entire Audi lineup. Performing better than most SUVs in the snow and ice, quattro remains a premier Audi feature.

Audi cars have always offered elegance and high-end comfort along with the expert craftsmanship and safety, and have made their mark by installing standard features that are usually options in other cars, such as power windows and locks, cruise control, sunroof, and leather seats. Its first modern car was the 1968 Audi 100, and luxury family sedans have since been associated with the Audi name. The Audi 200 was a turbo version of the 100. The "economy" versions of the 100 and 200, billed as starter cars, were the Audi 80 and 90. The V8 was the highest-end luxury sedan, and would later be rebadged as the A8.

In 1996, these brand numbers received a massive overhaul, including a restyling, more standard features, and new names -- the A4, A6, and A8. Each progressive number indicated a slightly larger size and bigger engine. Recognizing the cargo needs of families, Audi added Avant station wagons to these lineups. Recognizing the need for fun, a convertible option in the A4 (Cabriolet) appeared in 2003.

The S6 and S8 are sports-performance versions of their A6 and A8 counterparts, offering firmer suspensions, supportive seats, and a V8 and V10 engine respectively. For the ultimate in sports performance, the RS6 tears it up with a turbo V10 engine hitting 550-hp.

Audi did not have an SUV offering for a while. The allroad quattro first appeared in 2001, a crossover SUV that was part station wagon, part SUV. It was never very popular in the U.S., perhaps because people just weren't ready for it. A new crossover vehicle, the stylish and elegant A3, appeared on the scene in 2006. A little bit late and smack dab in the middle of rising gas prices, an Audi SUV finally debuted in 2006, the full-size luxury Q7. It has not received great advance reviews, particularly for offroad handling.

Perhaps one of the coolest looking cars on the road today is the Audi TT, all rounded muscles and bundled energy. Audi surprised everyone with its influential TT in 1998. Its aerodynamic design represented a complete rethink of how cars should look, with rounded domed components and hidden bumpers. The TT reinvigorated the Audi name and has been a big influence on car design in the years since. The aluminum body 2008 TT is highly anticipated. And Audi isn't stopping there. The yet to be released R8 promises heart-stopping action and a mid-mounted engine. Designs for a lightweight aluminum AL2 sports wagon are still in the concept stage.

Audi continues to focus on technological innovation to produce cars that not only drive well, handle confidently, and offer maximum safety and stability, but that are also luxuriously comfortable and combine elegance and cool in one package.