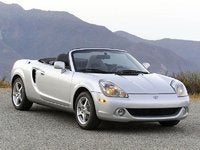 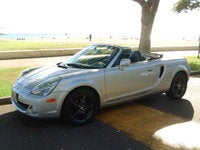 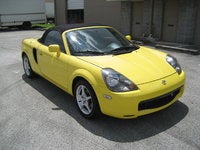 I Have A 2002 MR2 Spyder With SMT Transmission. Looking For An SMT Expert F...

I have a 2002 MR2 Spyder with SMT transmission. I need some advice and/or information to rectify the problems I am having with it. The car itself is beautiful, clean, and in great shape. The car has ...

Car was stored a few months new battery. Showing charged when tested. Turn the ignition and it just knocks knocks knocks. What could be the issue

Why Does My Listing Not Show A Price Compare Like Others I See On The Page?...

The Toyota MR2 Spyder was introduced in 2000 as an incarnation of the MR2, which was discontinued in 1995. The Spyder had striking looks and with its lightweight body, mid-mounted engine, and rear-wheel drive, the Spyder was a favorite among those who love to drive.

The MR2 Spyder resembles the Porche Boxster that was released a few years earlier. Though named the MR-S in Japan, Toyota thought that in America drivers would not buy a car named "Mrs.," so they changed the S to the "Spyder" designation.

The MR2 Spyder is popular for racing, with most racers swapping out the engine for a more powerful version. There are also turbo-charged Spyders on the racing circuit.

The MR2, along with the Celica, was discontinued in 2005 due to slow sales and increased competition.