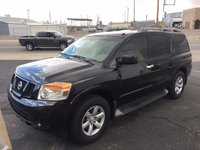 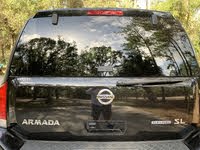 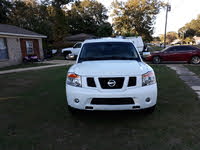 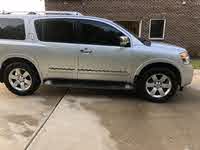 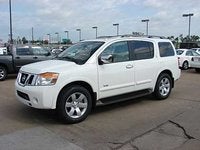 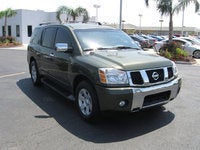 1 Have A 2018 Nissan Armada The Front Drivers Seat Is Loose.

I have the owner manual for my Armada, but I cannot find where the fuse is for the driver window. The window powered down but will not go up

I have a 2018 Armada with an intermitten push button starter problem. Get in and puch the button nothing happens. I must get out of the car and use the remote start option to get it started.

I have a 2010 Nissan Armada, when I turn on the heat it blows cold, or luke warm air. I also hear a clicking noise for about 30 to 45 seconds after I stat it up. What cause my heat not to work, and ...

Back Hatch Beeps Like It Is Opening Then Beeps Again And Doesn't Open.

When we try to open the back hatch with the key fob or the button in the front most or the time recently it has beeped like it is going to open then it gives a few extra beeps and I can hear the loc...

The introduction of the Nissan Armada in 2004 marked the entrance of the fourth SUV into the auto manufacturer's lineup, joining the Pathfinder, Xterra, and Murano. The Armada was initially a bigger version of the Pathfinder and named the Pathfinder Armada, but after one year it became its own model.

The Nissan Armada is a truck-based SUV, sharing a platform with the Nissan Titan. It has a V8 engine and 305 horsepower engine.

The Armada is big. Huge, even. It ranks with the Toyota Sequoia, Ford Expedition, and Chevy Tahoe. It seats up to eight passengers and unlike many other vehicles claiming this capacity, can actually fit adults into the third row seats. It also can tow more than 9,000 pounds, the best in its class.

The Nissan Armada has been plagued with quality issues, including troubles with the brakes, tires, and interior finishes. Some have dubbed it the "Lemonada," but others praise the SUV and say its the best in its class.