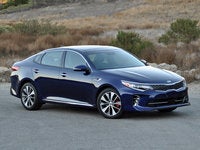 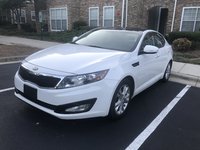 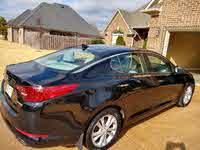 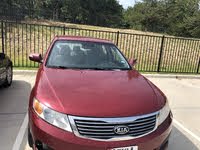 Does anyone know if the 2007 Kia Optima has a chip in the key? I need a 2nd key made that will work for everything (ignition, doors, etc). Thanks!!

How Do I Fix My Erratic Speedometer?

I have a 2004 Kia Optima EX 2.7 My speedometer is erratic. once the car warms up and you are driving any speed above 35 and take your foot of the gas, this is when the needle goes up an down and ...

How Do I Sell My Car

Who And When Is Someone Picking Up My Car Today?

Someone is coming today to pick up my car. I have asked this question and someone responded "you must get in contact with the buyer". I have no idea who the buyer is. How do I find out when my car w...

The Optima is Kia's entry into the mid-size sedan market. Its goal is to offer many of the same upscale features, performance, and quality, but at a lower price than comparable competitors.

Launched in 2001, the Optima is a four-door, front-wheel drive sedan. It came with either an I4 or a V6 engine, and the base model came equipped with power windows and locks, air conditioning, intermittent wipers, and a rear defrost. Higher trims added on cruise control, remote entry, a sunroof, heated mirrors, and leather trim. Aside from some minor exterior and interior styling changes, the Optima looked very much like the car upon which it was based, the Sonata.

It wasn't until 2006 that the Optima started to forge its own identity separate from the Sonata, with an all-new redesign, including a ittle more stylish flair to its lines and a different front end. It also got new, more powerful engines and was now loaded with six airbags. Standard luxury features remained about the same, with the new EX the top-of-the-line model.

Drivers have liked the overall performance of the Optima, complimenting its quiet ride and new rounded style. Performance suffers with the I4, obviously, and the V6 isn't winning any races, but it reliability is greatly improved. Along with the long list of standard equipment, one of Kia's most attractive features is its 10,000 miles/10-year warranty. That, combined with a lower pricetag than similarly equipped cars, positions the Optima as a luxury sedan for even the smallest wallets.