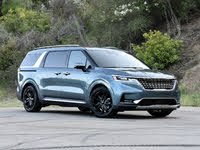 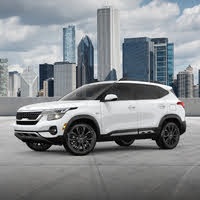 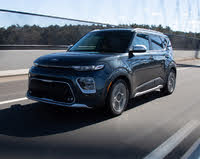 I just bought my new 2023 Kia Sportage last weekend. Yesterday I went to put gas in it and took it out for a drive on the freeway. When I was almost home, a very - very - very loud sound started com...

I replaced my TIPM thinking that might be the problem due to AC and heater not coming on. My van had been in a serious font end collision before I bought it and heater was not working at time. Whe...

How Do I Get My Trunk Open

how to get my truck open, will not unlock with key or switch

I just got my 2022 Kia Sorento. How do I set the interior lights to come on either when I unlock the car or when I open the door?

What Is Causing The Smoke, No Acceleration, And Now No Start?2008 Kia Rio L...

2008 kia rio lx automatic 1.6l engine. Son Was driving, had trouble accelerating, and then black smoke came from back of car, so he pulled over. Opened hood and it looked like oil had exploded all...

"Arise from Asia," the translation of Kia's name, is exactly what Kia did in the early 1990s, seemingly out of nowhere. But the South Korean automaker has been in existence since 1994, as a bicycle and later truck manufacturer. In the 1970s, it was the first Korean automaker to produce the internal combustion engine, and the first to produce a passenger car.

Second only to Korean rival Hyundai, Kia's motto was quality cars, with a strong emphasis on safety and low-cost affordability. Its first appearance in the U.S. was as the Ford Festiva in 1987, essentially a rebadged Kia Pride. With a growing Korean economy, Kia decided to launch its first car in the U.S., the Sephia sedan. Its marketing strategy was to introduce the car gradually, starting in the West Coast and moving across the country. Word of mouth about the economy cars quickly enhanced Kia's reputation and the carmaker soon introduced its compact Sportage SUV, which went on to win several awards and a spot on many top ten lists.

Kia was looking to take over Japan's slot in the compact economy car segment, and in some markets the Sephia even outsold the Protege. However, labor problems, Korea's new openness to foreign imports, and the Asian financial crisis in the 1990s led to Kia declaring bankruptcy. It was acquired by Hyundai in 1998, with a renewed emphasis on quality and reliability.

With Hyundai's guidance, Kia introduced more sedans, including the mid-sized Optima and subcompact Rio. The Spectra was a small, but sporty little hatchback and sedan. The Sportage continues to be a popular SUV choice, especially now that it's moved into the crossover segment, and the Sedona minivan was rated as one of the safest minivans by the Insurance Institute. In 2003, Kia had sold over one million vehicles in the U.S., and it is continuing to expand its lineup today, with the recent Sorento SUV and the new 2007 Rondo, a small crossover with three rows of seating.