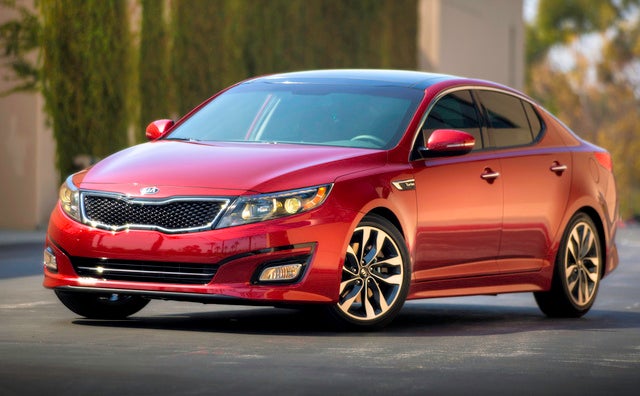 Users ranked 2014 Kia Optima against other cars which they drove/owned. Each ranking was based on 9 categories. Here is the summary of top rankings.

Have you driven a 2014 Kia Optima?
Rank This Car

I own a Nissan Altima and I wish I never did. I love my Kia. I don’t feel like I’m sitting on the ground. Rides great and I feel very relaxed driving it. Read More

Not sure what other car can be equal with this. The price is great, the features, and quality kia has brought is excellent! Read More

Great car! Nice features and worth the price! Very happy with my purchase!!! Read More

Has all of the bells and whistles. Only thing that would make it better is having a spare tire rather than just a can of fix a flat. I would compare the interior and ride to a Hyundai Sonata. The outs... Read More

Absolutely love the car. Comparable to the Honda Accord and the Toyota Camry of like years, but on average about $10,000 less for virtually the same car. Very quiet, very fast, user-friendly and luxur... Read More