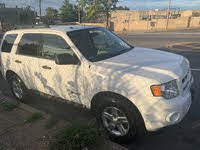 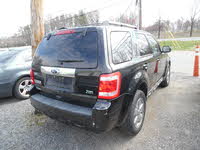 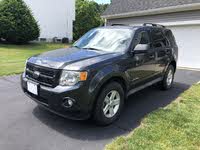 My 2020 Ford Escape Hybrid recently experienced a dead battery, would not start, after only 3200 miles. Has anyone else experienced that?

Does anyone know where the Vehicle Speed Sensor location is on. 2008 escape hybrid? I’m connecting a taxi meter but can’t find the VSS location. Thanks .

Wrench Light Comes On After 30 Minutes Of Driving. When My Mechanic Put The...

I Have A 2008 Ford Escape Hybrid. I Just Returned From Vacation For A Month...

This is the 2nd time this has happened. Took it to the dealer first time and they charged me 178.00 to recharge the hybrid battery. Is this the same problem and how do I keep it from happening agai...

The Ford Escape Hybrid is an intriguing attempt by the American automaker to bring an environment-friendly approach to the SUV market segment. The traditionally fueled Escape has caught on with drivers who want that sport utility vehicle comfort, versatility, and toughness, but who don't want a gas guzzler. With this in mind, Ford launched a gas/electric hybrid version of the Escape in 2005.

Although the Escape Hybrid's mileage has never equalled that of other popular hybrid vehicles like the Toyota Prius or Honda Insight, it's far and away superior to the mileage you'll get from a gas-powered SUV. Superior by 70%, according to Ford and the EPA: A regular Escape with an inline-4 gas engine is estimated at 20 miles per gallon city, while the Escape Hybrid clocks in at 34 city miles per gallon.

So the Escape Hybrid may be the best choice for someone who wants to drive green, but needs an SUV. As the model's mascot, Kermit the Frog, says, "Sometimes it's easy being green!" Unfortunately, it's not cheap; the Ford Escape Hybrid is one of the pricier SUVs in its class.