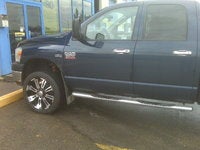 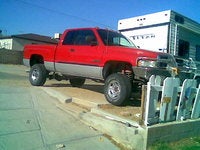 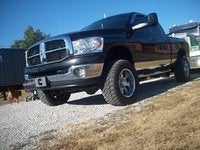 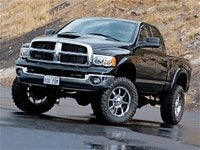 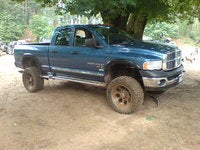 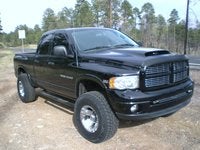 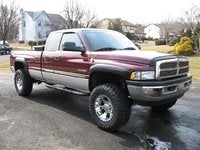 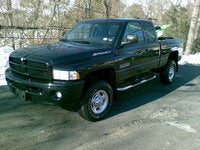 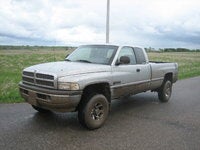 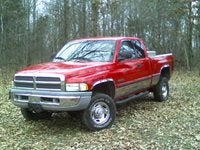 No Power To Trailer Brake Controller

I installed a brake controller on my 99 2500 dodge truck. It worked properly for about 100 miles. Now it has no power coming to it. The controller is plugged into the harness that was indicated unde...

Our old 94 auto Ram had the tranny rebuilt 2 years ago and the guy won't honor his 3 year warranty. The shop says the fluids are good and looks like the clutches are slipping. Can we still drive it...

The Dodge Ram Pickup 2500 not only can move mountains, it can go through them. The entire Ram pickup class is the only pickup certified to be used as underground mining transport, with a modified version of its diesel engine. That is one tough truck. But the full-size Ram 2500 has distinguished itself over its 14-year history by evolving into one roomy truck as well.

When it debuted in 1994 as part of a new heavy duty lineup, the Ram 2500 was the middle offering in a group of pickups that were categorized by weight (half-ton, three-quarters ton, one ton). It came as one regular two-door cab in either rear-wheel or 4-wheel drive. It claimed to have the largest cabin in its class and led its competitors in towing capabilities. A two-row, two-door Club Cab was introduced a year later, with a 40/20/40 split folding front bench. Beds now came in either short (6.3 feet) or long (8 feet) versions. Trims ranged from the base ST, to the SLT, to the luxury Laramie, which featured leather seats. The 2500 was a great success, and its unique separate fender styling inspired competitors who ramped up their offerings.

In 1998, the Quad Cab replaced the Club Cab as the first full-size four-door pickup. It featured reverse-hinged doors that opened wide. In the face of sagging sales, the Ram 2500 received a 2002 makeover which upgraded the suspension and interior materials, and added a new 5.7-liter Hemi V8 engine with over 13,000 pounds of towing action. The revamp proved a big success and Dodge regained the lead in the pickup segment.

The Power Wagon, referencing the military and commercial wagon used in the '40s, 50's and '60s, returned in 2005 as a Ram 2500 trim. This was a pure off-roading vehicle, with a suspension, sway bars, and front and rear differentials designed to tackle rough and rocky surfaces. For those not content with the big cabin in the Quad, the Mega Cab appeared in 2006. It was as long as the Quad, but took away inches from the cargo bed to put in the cabin. Reclining rear seats that also folded flat made the Mega spacious for either cargo or passengers. Today, the Ram pickup (the most durable pickup name on the market) is still a popular choice for those looking for serious hauling power. And for those who want some family comfort and luxury, the Ram 2500 helps meets those needs as well.