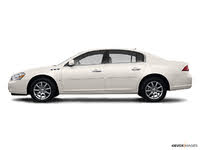 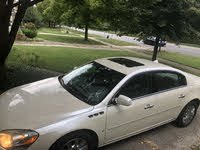 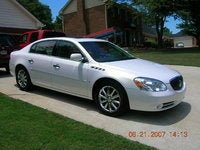 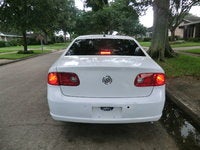 Where Is The Thermostat Location

Can I Sell A Car On Your Site?

can I use your site to sell a vehicle?

Water Under The Battery

Continuing its rebranding in a hope to boost sales and attract younger buyers, Buick has replaced the extremely popular LeSabre with the new full-sized Lucerne. The Lucerne has big shoes to fill, as the LeSabre accounted for more than half of all Buick sales until its demise.

Marketing itself as a luxury sedan, the Lucerne also signals the return of the V8 engine to the Buick lineup after a ten-year absence. Offering upscale comfort and room at a lower price tag than many foreign sedans, the Lucerne comes in three trims (CS, CXL, and CXS) with two different engines. The different trim names are supposed to evoke luxury and sport styling, though they only really vary by their standard features. Even the base model comes loaded with standard power elements, air conditioning, ABS brakes and traction control. Leather seats are the norm for the luxury and sport models, and a navigation system, leather steering wheel, and heated seats are nice options.
The Lucerne has received a big, though decidedly unnoticed marketing push, being featured on Martha Stewart's short-lived "Apprentice" show and serving as the car that toted Tiger Woods around to his appearances in 2006. These stunts hint at Buick's attempt to aim at a younger market than its stereotypical retiree driver.

Still too new to gauge its success or failure, the Lucerne has scored highly for a quiet and comfortable driving experience, and the V8 is a welcome addition under the hood.