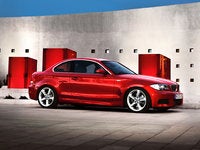 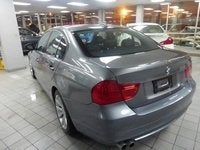 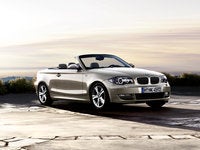 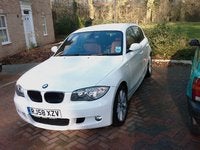 Capital One Financing With Car Gurus

How can I pay a private seller or a non participating dealer with the Capitol one pre-approval I was approved for?

Can I Add The Car Fax Report To My Ad?

Is there a way to add the carfax report to my ad?

Hi I have a bmw 1 series coupe the battery is flat and even though I tried to power it form the positive part in the bonnet I was still not getting enough electricity for the car to to start to a...

Looking at buying a 2009 BMW with 97,500 miles on it,it's got full service history and is clean in and out is this a good buy though? or money pit?

For decades, the 3-Series occupied the entry-level slot in BMW's lineup, serving as little brother to its larger 5-Series and 7-Series siblings. But in recent years, the 3-Series has grown up in size and price, leaving a hole of sorts (and an opportunity) at the lower end of the lineup. Enter the BMW 1-Series, a small, sporty coupe that will slot into the position previously occupied by the 3-Series as BMW's entry-level vehicle.

The 1-Series has been on sale in Europe, in various configurations, since 2004. Among those European configurations was a unique-looking hatchback, but in bringing the 1-Series across the pond, BMW has left the hatchback on European shores. Instead, for its first year, the North American version of the 1-Series takes the form of two coupes and a convertible, which share an overall muscular new design with flared shoulder lines, frameless doors, an integrated spoiler in the trunklid and, of course, that distinctive twin-kidney grille.

In designing the 1-Series, BMW placed a premium on performance, and in that regard the 1-Series does not disappoint. Drivers can choose from two engines, including a 230-horsepower, 3.0-liter inline six-cylinder engine, which comes in the 128i coupe and and convertible trims, and a turbocharged 300-horsepower, 3.0-liter inline six-cylinder, available in the 135i coupe. Beyond that, the 1-Series comes with all the latest mechanical and safety features, as well as upscale interior appointments and gadgets.

In many ways, the 1-Series takes after the BMW 2002, a light, quick, and agile sports coupe introduced in the late 1960s. The four-passenger, two-door 2002 quickly gained a reputation as a comfortable, high-performance car that set the standard for a new type of vehicle. That reputation extends to the 1-Series, which is similarly light on its feet while packing plenty of power under the hood. And the 1-Series' rear-wheel-drive setup, with the engine at the front driving the wheels at the rear, ensures good overall balance, that trademark BMW "feel," and optimal traction, stability, and handling.