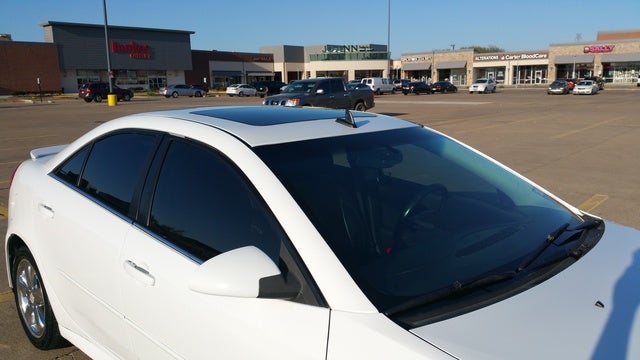 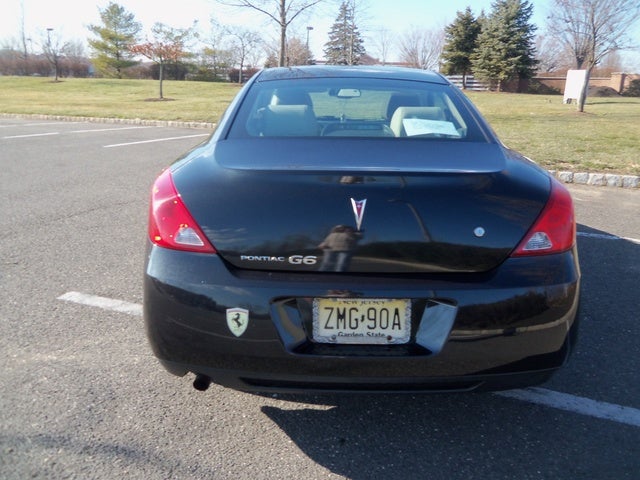 The 2010 Pontiac G6 remains essentially unchanged after a significant re-working for 2009. Offered in front-wheel drive only, the 2010 G6 is available as a coupe, hardtop convertible, or family sedan. The coupe and sedan are offered in base, GXP, and, in the case of the sedan, Value Leader trims, while the hardtop convertible is delivered as the G6 Convertible GT. The 2010 G6 is a five-passenger compact, and all trims except the Value Leader are available with a number of drivetrain configurations.

The base engine for the 2010 Pontiac G6 is an E85-compatible Flex Fuel 2.4-liter inline four cylinder (I4) with a four-speed automatic transmission, which puts out 170 hp and 158 lb-ft of torque. EPA estimates for the I4 are a highly respectable 22/33 mpg. The 2.4-liter I4 and four-speed automatic are standard in the base G6 coupe, base G6 sedan, and G6 Value Leader sedan, with a six-speed auto-manual tranny available for each trim except, of course, the Value Leader. A 3.5-liter Flex Fuel V6, capable of 219 hp and 219 lb-ft of torque with its standard four-speed auto-manual transmission, is also available for both the base 2010 G6 sedan and coupe trims, and standard for the Convertible GT. Next, Pontiac offers a 3.6-liter VVT V6 engine and six-speed automatic, good for 252 hp and 251 lb-ft of torque, in both the 2010 G6 sedan and coupe, turning each into a GXP trim. EPA estimates for the GXP trims are 17/26. Finally, Pontiac also offers a 3.9-liter V6 engine, putting out 222 hp and 238 lb-ft of torque, with the G6 Convertible GT. A standard four-speed auto-manual transmission manages the 3.9-liter V6.

The 2009 Pontiac G6 drew complaints from owners regarding poor fuel economy with its larger V6 engines, as well as chintzy interior materials, uncomfortable seats, lack of a manual transmission, and its small trunk (nonexistent on the Convertible GT with the top down). Style, roominess, ride, the hardtop-convertible configuration, and performance, however, drew plaudits from virtually all 2009 Pontiac G6 owners. The 2.4-liter I4 was singled out by many owners as an especially economical powerplant.

Where Is The Power Steering Fill Reservior On My Pontiac G6 2010?

My 2010 Pontiac G6 GT overheats at idle, normal temp driving at traffic speeds. Water pump, thermostat, cooling fans, radiator have all been changed but it is still overheating at idle, why? The mec...

Service engine light is on also traction light us on, power steering is not working

Should turning pressure be equal turning left and right

Is there a fuel pump access panel on a Pontiac G6?

550 views with 3 answers (last answer about a year ago)