I currently have a 2002 Subaru Outback. I purchased it in 2012 with ~158k
miles on it and now have 263k miles on it. I use that poor car like there's no
tomorrow-suspension is shot, head gasket is almost shot, transmission has
been replaced, etc etc. I drive very windy roads, dirt roads, in snow, rain,
long trips, short trips, etc.
I am looking for a new car, and am 99.999% set on another outback, but I
don't know what year I should focus on. I think my limit is around $12,000 to
spend on a new (used) one, but also trying to determine if I should just stay
with something older like mine since I drive them so hard, anyway.
I have read that '08-'09 are the worst models, and it seems like the price
really jumps a bunch starting with the '13.
I would appreciate some input for year suggestions or otherwise, as I'd like
to be very informed before making a purchase. I'm torn between something
a little newer with more features, or something cheaper since I drive it hard. I
would love to choose another car that will last me 6-10 years at least.

(Side note: opinions of dogs and leather seats? I have always thought they
were horrible with dogs, but I've heard varying opinions recently.)

I own a 2015 Forester and no longer recommend Subaru due the endless problems, oil consumption etc. I have seen posts that slam Subaru leather seats as thin and prone to damage.

tevin99 answered about a year ago

I have some friends recommending Toyota or Honda. While I know these are great cars, I have been so happy with my Subaru that I am basically married to Outbacks forever. I absolutely have to have all wheel drive, internal space (I will camp in my car sometimes), room for people and stuff (ski gear), decent clearance (cross a river to get to my property sometimes), and I wont do a truck (already have one). My car does go through oil at a decent rate, that is true. I think I could only stray from Subaru if I was offered a specific great/cheap used car as an alternative. Thanks for the input to leather seats!

If you are stuck on Outbacks find a clean, low mile car around 2010. Don't buy one with a CVT!

tevin99; well, well, well... you're unfortunately going to get more people on this forum to paint dark clouds over the CVT transmission than you can throw a stick at.... I have a 2010 Limited 2.5 with the CVT... great car..and I know someone who went 290,00 miles with the same car..... Will you??? No one knows... Here's some info on the Subaru Outback.... Good luck... https://www.carcomplaints.com/Subaru/Outback https://www.truedelta.com/Subaru-Outback/reliability-253

"you're unfortunately going to get more people on this forum to paint dark clouds over the CVT transmission than you can throw a stick at." Why is that Mark? The truth is unfortunate for Subaru which has had to extend the warranty on their CVT's to head off another losing class action lawsuit like the one they lost over their oil burning engines.

At least Subaru did something about these issues to mitigate the problems . As a point of information there's a lot of cars with these issues..no resolution https://www.consumerreports.org/cro/magazine/2015/06/excessive-oil- consumption/index.htm

Where do you come up with the 4% Mark?

The BS that excessive oil consumption is worth the extra fraction of MPG is absurd. If your engine is ruined due to lack of oil how much money do you save Mark?

Karmon answered about a year ago

FOR, see this thread..... where this person said that 1 in 25 cars have issues with the CVT transmission..... that's the 4 percent number...he said it and I agree with this..... remember, not all cars are affected...the fact that Subaru has put themselves out there in front of this issue shows me how they are trying to work with people.. not run away and hide... People drive their cars differently... I'm very easy on my cars, I want them to last a very long time..... https://www.cargurus.com/Cars/Discussion-t35982_ds692184

Is this a joke? Referencing yourself?

Mr. Regrets.....I didn't make the original comment about the 1 in 25...this person below did.... maybe you need another cup of coffee???????? GuruY5HRG answered 4 days ago I own a 2012 Outback. I received a letter from Subaru that the warranty on my CVT transmission would be extended to 7/31/2018 or 100K, because of CVT "issues". Since I have 98K on my car and July is coming fast, I stopped by a local Subaru dealer. The service man said that 1 in 25 experience transmission issues. If not covered by warranty, it cost about $8,000 to replace the transmission. I'm seriously considering selling it.

Full of regrets...I'm sure you are sorry you bought the Forester..... I really don't appreciate people making comments out of context..... Perhaps you should sell your Subaru Forester and get something you really like.... instead of just sniping at Subaru and the people who appreciate these niche cars..... I have a couple of friends with these cars... they are more truck like and don't ride as nice as the Outback......My RS Adventurous, even though it's a truck, rides more smoothly and has a lot more power than any of these cars....it can really go the distance... just saying..you get what you pay for.. 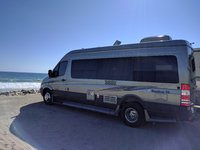 The 1/25 number appears to be unsubstantiated numbers. How about real data instead of hearsay? Do you really think they are going to reveal their internal corporate data? How many times have you heard that old lie - "we have NEVER seen that before"? Regardless of what I drive I will be warning people about Subaru Mark. Bummer for you but that is life.

You do know Mark that a 1/25 failure rate is really bad? Especially at $8 grand a pop.

Mr. Regrets, watch this video... hmm... number one is the Subaru Outback.... https://www.youtube.com/watch?v=ucRNG5F-DkE

Sis Boom Bah yet you want to dump yours?

How did you reach this conclusion???

TheSubaruGuruBoston answered about a year ago

Grasshopper, I thought you learned to stay away from the Subaru topics? Plus, your ridiculous lack of statistical knowledge doesn't give you a hammer to nail with. To wit: imagine that you baked 100 cookies, and 4 were bad. Do you think you've mastered cookie-making? That's just a first stat-related viewpoint entailing QA...nevermind reliability measures, which would surely be beyond your grasp. Please hop away....

TheSubaruGuruBoston answered about a year ago

Tevin99, I've been sourcing, deeply servicing and reselling pre-owned Subies for 35 years. Here's my current activity. Firstly, 2008-2009 was simply the last two years of the fine-handling gen (2006-2009) that suffered from leaky head gaskets. Once resealed these can be great budget buckets. 2010-2012 saw the toyota-spec'ed taller body with poor handling and the same motor, as well the first iteration of the CVT. CVT failures, some motor head issues (though not gaskets) and sloppy handling make these years a poor bet...so I skipped them entirely. But 2013-2014 saw the introduction of a timing-CHAIN-driven DOHC 2.5i that's torquier and gets +1mpg over the preceding 2.5i. 2nd gen CVT improves reliability, but one must still be careful to assess the CVT when chasinbg a pre-owned one. But the important improvement (for me) is a return to the fine handling inherent in the 2000-2009 eras. Your $12k budget will get you close to a nice '13 OB in fine shape later this year.... The newer-still 2015+ body received a sloppy suspension again, riding even higher on taller crap tires. The only solution to regain 2013-2014 handling is to lower the Premium's tires to 225/60R17, or get a Limited with 225/60R18 wheels to retain OE height, AND, IMPORTANTLY, skinny OE rear anti-sway bar to the GT 19-20mm one. Although these mods won't reduce dive nor suat, they WILL assure better tire grip, reduced body roll and yaw during all cornering. If you want more specific info please call me at 781 483-3922 or PM me. Now that I'm back from a bucket-list trip to Morocco I'll be carefully sourcing 2013-2014 OBs as gems pop up in the Boston wholesale market. Notre that I have a loaded, modded, 2015 Limited I'm finishing up, but it's in the $19k area. But a good 2013 Premium with new tires, brakes and major tuneup should serve your needs well. Good luck. (DISCLAIMER: As Boston's TheSubaruGuru I still work in semi-retirement selling selected Subies.) Note also that I've my Subies in about 30 US states and 8 countries, so flying into Boston to pick up one may not be out of the cards if you want security, product excellence, and maybe a nice drive home. Cheers. Ern

Get More Money for Your Car

Be seen by 30 million shoppers. Create Your Free Listing