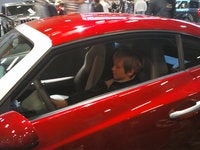 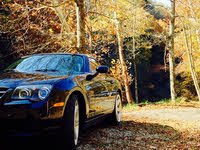 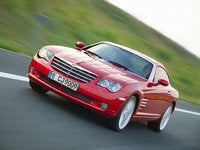 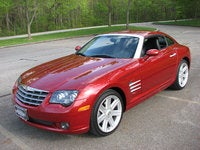 12 views with 2 answers (last answer about a month ago)

My Chrysler 2004 Chrysler Crossfire won't start. I drove to a gas station today and got out of my car for 10 minutes. When I got back into the car I turned the key and my radio worked, but my engine...

Do You Sale Parts For The Crossfire

Something Is Draining The Battery. When The Car Is Off It Is Still Pulling ...

Daimler Chrysler introduced the the Crossfire sports car for the 2004 model year, as a replacement for the Chrysler Prowler. The Crossfire was built upon the same chassis as the recently retired Mercedes Benz SLK. The interior, engine and drive train were also borrowed from the German Roadster. this represented the first collaboration between Chrysler and Mercedes.

In 2004, the only one Crossfire style offered was the coupe. In 2005, four variations appeared, thanks to the edition of two trim levels and two body styles. The Crossfire could now be had as a coupe or convertible, each available with the Base or Limited finish. There is no 2007 Crossfire.

A separate high-performance model, called the Crossfire SRT-6 was offered in 2005 as both a coupe and convertible.

All Crossfires were rear wheel drive. Power was supplied to the non-SRT models by a 3.2 liter V-6, which delivered 215 horsepower and 229 pound-feet of torque. This engine came to Chrysler courtesy of Mercedes, and could be paired with either a six-speed manual or five-speed automatic transmission. The automatic was only available with the Limited trim.