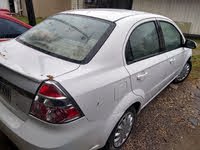 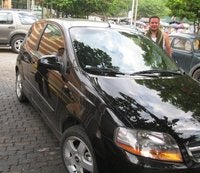 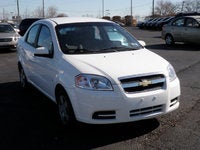 I have changed coil pack plugs and wires. changed valve cover gasket because of leakage. occasional spark when using tester

18 views with 5 answers (last answer about a month ago)

Why Is My Car Sometimes Starting Then Sometimes Not?

My car has been not starting at times but other times it will. I have to keep turning the ignition to try and get it started at times it may be like 50 times I’m turning it.

My 2007 chevy Aveo (Sedan) open door lights will occasionally stay on when i am out of the vehicle, at the same time i just had an issue start where my dome light will flicker on but immediatly turn o...

car runs great but when i check the oil it has water in it , under the oil cap it looks like peanut butter it dont overheat no smoke but it does sound like it misses alittle

Chevrolet's economy subcompact Aveo hit the U.S. market in 2004. Available in sedan and hatchback versions, the Aveo was based on the Daewoo Kalos and marketed as an inexpensive non-gas-guzzler.

Popular among environmentalists and the younger crowd, the small car makes for nimble travel in big cities. Its boxy style may not be anything to write home about, but the Aveo's real appeal is its fuel efficiency: Current EPA estimates are 27 miles per gallon city, 35 miles per gallon highway.

The Aveo's interior is simple and no-frills, but it's been praised for its relatively comfortable legroom and front seats. Competing with cars like the Ford Focus, Dodge Caliber, and Kia Sonata, the Chevy Aveo offers basic transportation at a low price.