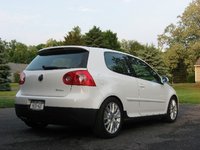 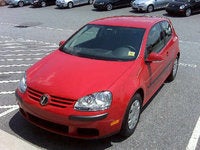 I have an intermittent problem it seems like when it warms up or it's been sitting idling for a while then it starts to act up almost like maybe some seals and valve body are allowing the shift sol...

Can A Damaged Engine Harness Cause Damage To Engine Coils In 2007 VW Rabbit...

2008 vw 2.5 rabbitt held throttle to the floor for a couple blocks,came to stop and noticed car eas a littlr slugish,next day lights running bad ni power so by just trying anything I shut car o...

Hard to start when cold.

In 1975, Volkswagen launched what it hoped would be a successful successor to the Beetle. Called the Golf in the rest of the world, the vehicle was dubbed the Rabbit for the U.S. market only. It would prove to be as successful as VW hoped, and in one form or another (and with a name that has shifted between the Golf and the Rabbit), it is still sold today worldwide, including in the U.S. as the recently rechristened VW Rabbit.

From 1975 until 1984, the Rabbit was available as a two- or four-door hatchback, initially powered by a 1.5-liter engine that generated just 70 hp. Despite its lackluster engine, at least by today's standard, it was still highly rated when compared to its competitors, with reviewers citing is balance, handling, ride, and quickness as positive points.

In the following years, the engine, transmission, and standard features were upgraded, and a convertible version was introduced. But when the vehicle received a redesign in 1985, the Rabbit name was dropped and the car picked up the Golf name, which was then in use worldwide. The Rabbit platform continued, however, in the form of the Cabriolet, which was offered by VW for a number of years.

Perhaps realizing the attractiveness of an iconic name, VW decided to bring the Rabbit back in 2006 with a feature-laden vehicle that delivers the best in quality and value.