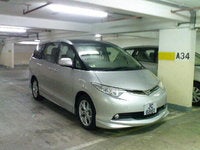 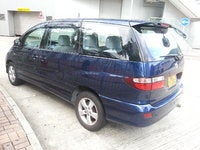 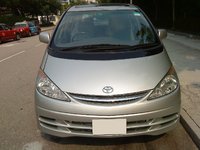 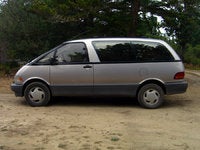 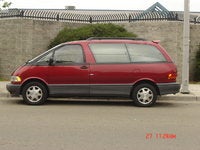 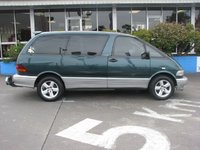 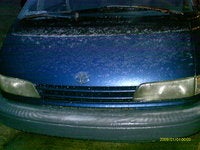 My wife's Previa will crank but won't start. We don't hear the electric fuel pump working. What should we do? Drop the tank to replace the fuel pump or check all the connections first. My son an...

My wife's Previa has recently started acting up. It idles up (usually at a stop) then acts like it want to stall when leaving a stop. Ocasionally it will stall. I'm thinking it's the Mass Air Flow or ...

95 Toyota Previa Hesitates When Accelerating From A Stop

Help Please: I was driving my van last weekend and it just died out, no warning sign what so ever. The van said âyour not going anywhere today buddyâ. It will start up again at any time, the probl...

My Previa Has A Bench Seat For The Middle Seats. I'd Like To Install Capti...

The Toyota Previa entered the market in 1991, when minivan sales were just starting to take off. It was meant to compete with popular American offerings, like the Dodge Caravan. The Previa is best-known for its unusual styling, and is instantly recognizable.

The Toyota Previa had an unusual layout, with the mid-mounted engine located under the front seats and the alternator and cooling system located under the hood. The result was a well-balanced van, but it meant that the Previa could not accept a larger engine. It also meant that repairs were very expensive.

The Previa was available in a large amount of trims--in some years up to six. It was also the first van to pass all U.S. safety standards.

The Previa had a loyal following, but most unadventurous minivan shoppers passed the egg-shaped Previa over in favor of more conventional vans. It was discontinued in 1997 to make way for the Sienna, which has more mass market appeal.