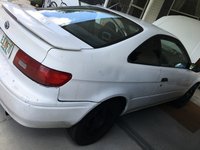 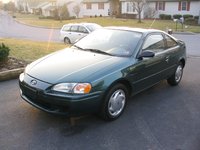 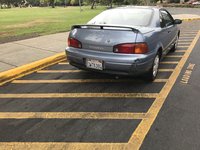 What Other Toyota Engines Are Compatible With A 1993 Toyota Paseo And Has A...

Can I Put Any Toyota Alternator In My Car

I recently purchased a 1995 Toyota paseo 1.5 liter 4 cylinder. Mind you it sat 5 years in the salers yard before purchase so I did all the usual pre cranking checks. Cleaned the charcoal canister, ...

What Engine Could Fit On A 92

765 views with 2 answers (last answer about a year ago)

The Toyota Paseo was introduced in 1992 as a replacement for the discontinued Corolla coupe. However, it was built on the Tercel platform, and therefore much smaller than the Corolla. The Paseo proved to be popular mostly among women, who liked the car's small, sporty shape.

The Paseo was often described as "cute," and it had a reputation (some would say a bad one) as being a "girl's car." In its short lifetime, the Paseo only underwent one revision, and the restyling proved to be unpopular among Paseo fans. In its last year of life, a convertible was available.

Because they are cheap and can accept a variety of engines, Paseos have been popular among modification enthusiasts.

The Paseo was retired in 1997, due to slowing sales and a decline in overall coupe sales.