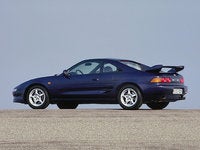 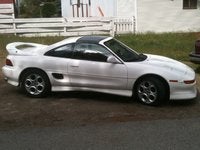 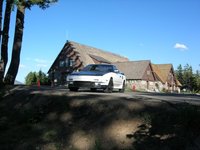 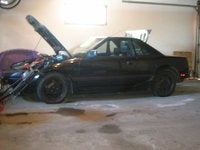 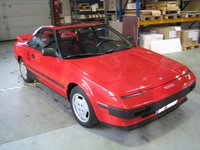 Car Stalls When Warmed Up, Wont Start Till Cooled Down

I have changed the plugs, plug wires, cap and rotor.

905 views with 4 answers (last answer about a year ago)

I have a 1987 aw11 and it’ll finally start, but it runs terribly for roughly 10-30 seconds then dies off, new plugs/plug wires, new fuel pump and filter, new distributor cap and rotor, new tps, an...

Why does the battery die real fast?

What Are These 2 Pulleys?

Bought this used 1991 Toyota MR2 and noticed these 2 pulleys have no belt on them. What are they for and do they need a belt? Drove car 2 hours to get it home and it ran fine.

im thinking of purchasing a stock toyota mr2 turbo with 128k miles on it. is maintenance on these cars expensive? are parts expensive? thanks.

The Toyota MR2 was sold in the U.S. from 1984 to 1995. The MR2 was originally envisioned as an economical car that would also be fun to drive. It eventually evolved into a sports car that was smaller and more affordable than the Toyota Celica.

Lightweight and equipped with rear-wheel drive, the MR2 was popular among driving enthusiasts. It also featured an unusual mid-mounted engine. The most remarkable feature of the MR2 was its nimble handling, with some drivers comparing it to that of a high-priced supercar.

The MR2 is popular for racing and has become somewhat of a collector's item.

The MR2 was discontinued in the U.S. in 1995, though it remained in production and sold overseas for a decade more. A spin-off, the MR2 Spyder, was sold in the U.S. beginning in 2000, but that has been discontinued as well. Rumors have circulated about a new MR2-style car, and Toyota has been spied testing a midengine sports car, but for now a new MR2 is simply speculation.