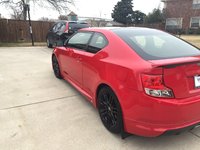 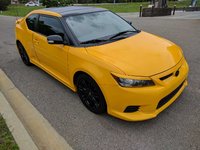 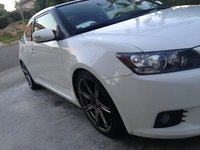 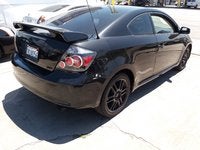 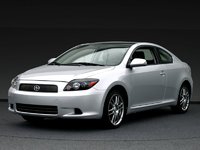 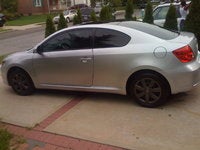 My Rough Idle Disappears When My AC Is On Full Blast. Any Thoughts To Why?

I replaced the alternator and battery on my 07 Scion tC because they were due to be replaced. Now, my car idles very roughly now after I turn it on and dies shortly after. To prevent the rough idle...

My TC "maintenance Required" Light Went On A Few Days After I Got The Oil C...

What problem initiates the "Maintenance Required" light to go on? I had my oil checked and that is OK. I had the tire pressure checked, and it was OK so I had him turn it off. Is it "off" permanent...

I Want To Cancel My Listing. How Do I Do It?

Only One Radiator Fan Turning On

I recently bought a 2012 Scion Tc. The other day the red coolant light was blinking. I noticed the ac having a problem with cold air. I was stuck in traffic in 100+ weather. I turned the ac off and...

266 views with 4 answers (last answer about a year ago)

The first true Scion (the xA and xB were originally Japanese rebadges), the 2-door Scion tC was a sporty hatchback that debuted in 2004. It heralded the establishment of Toyota's youth-oriented division, an attempt to create affordable entry-level cars that would build brand loyalty among Generation Y consumers.

The Scion tC took the place of Toyota's Celica in the sports compact segment. It features a sports-tuned suspension and a 2.4-liter, 161-hp DOHC I4 that makes it a fun ride in or out of the city, though its heavy weight prevents true sport performance. What the Scion brand is known for, and the tC, is a long list of standard options and an even longer list of customizable accessories. Most of these are stand-alones, cutting down on the aggravation of bundles that give you stuff you don't want. Getting exactly the car that fits your needs is an appealing concept.

Standard features on the tC include full power accessories, a sunroof, reclining split-fold rear seats, an iPod port with controls on the steering wheel, cruise control, ABS brakes, keyless entry, and a security system. Despite its coupe-like look, the interior passenger room is spacious and doesn't skimp on leg-stretching comfort. The front passenger seat also folds flat to accommodate longer cargo such as surfboards, skis, or a didgeridoo.

Though not as popular as its xB sibling, the Scion tC has done well, and not just in the youth market. Toyota's reputation for a quality build, good fuel economy, and reliability, combined with the tC's affordability and easily customized options, make it an attractive choice for anyone looking for a fun, solid, and budget-oriented car. Over its three-year existence, the Scion has created very limited edition Release Series tCs, one for each year, which basically offer different color choices.