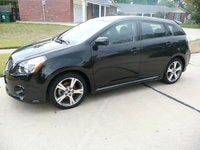 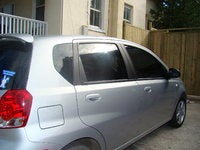 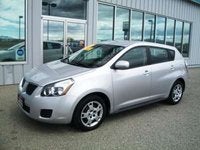 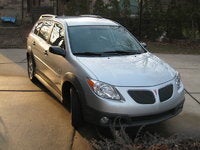 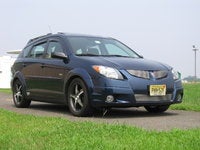 Where Is The Egr Valve On My Vibe

Where is the EGR valve on the 2005 Pontiac vibe FWD

Manual. One day my car just decided not to start, all electrical works, radio, lights and air turn on with no issue. There is turnover, when trying to start. Checked all fuses and everything is inta...

Guru9C7RRC asked a 2009 Pontiac Vibe 2.4L Shopping & Pricing question about a year ago

Which Car Should I Buy? Mazda3 Vs. Pontiac Vibe

I always use conventional oil when I do an oil change in my 2004, had since new. Suddenly it has become very expensive. Can I substitute synthetic blend oil without any drawbacks?

405 views with 2 answers (last answer about a year ago)

It's amazing what a little restyling and savvy partnership will do. Still embarrassed from all the flak that it took for the unusual looking crossover Aztek, GM partnered with Toyota to produce a Pontiac version of the Matrix. Calling it the Vibe, GM's target buyer was a young and hip generation looking for a versatile wagon -- one that could carry lots of stuff, yet with a sportier style and performance than an SUV, all at an affordable price.
The Pontiac Vibe came on the market in 2003 as a mini-SUV/sport wagon, and at 30/36 mpg, is supposedly GM's most fuel efficient car sold in North America. Its base model shares a platform and 1.8-liter, 4-cylinder engine with the Matrix. The Vibe originally came in base, all-wheel drive, and a faster and sportier GT trim. Though the base and all-wheel drive used the 4-cylinder engine (getting 126 and 118-hp respectively) the GT featured the same engine that was in the Celica, hitting 164-hp. Pontiac touches were added to the front and rear ends to make the Vibe distinct from its Toyota cousin.

The Vibe is all about versatility and a youthful adventurous spirit. Sitting up high like an SUV, but with a low floor and raised roof, access is easy and there is plenty of head and legroom for four. The rear seats fold flat and the front passenger seat folds up, expanding the already large trunk by up to eight feet. Storage compartments, tie-downs, pockets, and nets can be found all over the Vibe. A rail system in the trunk can be outfitted with a bike rack.
Clearly the emphasis is on the active set. With an inexpensive price tag and awesome fuel economy, the Vibe is practical and attractive to young drivers. Its light weight makes perky use of the 4-cylinder engine, giving drivers a sporty feel, while not sacrificing all the benefits of SUV cargo capacity. In 2007, the AWD and GT were dropped due to uninspiring sales, but the Pontiac Vibe has been a huge hit for GM.