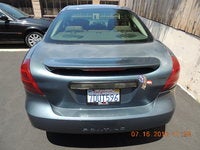 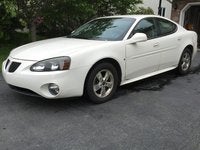 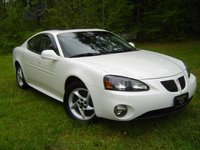 How To Fix Engine Harness?

What do I do about my 99 gtp 3.8 sc engine harness being chewed up? Do I fix it buy a new one? Are they interchangeable?

I have a 1999 Pontiac Grand Prix GTP 3.8 sc the engine harness is chewed up in a couple stops what’s the best way to go about fixing it are they interchangeable or where to buy one?

Can It Use 87 Octane Or Must Use Premium?

Where A Connecter Goes

I can't figure out where this one connecter goes can some help.

Yes have 2001 grnd prix just put in a multable swicth but now my windshield wippers wont turn off. thank you Robert W

Now in its fifth decade of production, the Grand Prix is one of the few enduring Pontiac signatures, having surpassed the legendary Bonneville now in longevity. Despite changes in size and engine choices, due mostly to changing times and external influences, the Grand Prix has retained its performance car stature, evolving over the years from a personal luxury cruiser to affordable family car, and back again to the racing coupe we see today.
Introduced in 1962 as a large hardtop coupe, with engineering contributions from John DeLorean, the Grand Prix helped change the styling fashion from flashy to classically simple, with less chrome and trimmings. Its focus was on performance, and it featured big block V8s that got well into the upper 300s for horsepower. But it also packed in a lot of standard features, such as cruise control and air conditioning, that set it apart as not just a street racer, but also a personal luxury cruiser. It was an immediate success and a big influence on the segment. A redesign in the late '60s turned it into more of a mid-size coupe, but with better handling and even more engine grunt.
As with all cars, the 1970s forced some downsizing in bodies and engines. The big boats got smaller and the motors less powerful, thanks to the catalytic converter requirement. Eventually the once racing-inspired Grand Prix coupe slipped down to well below 200-hp, though it didn't lose any of its interior luxury trappings, which some say were approaching overkill. Despite the loss of street performance, the coupe remained highly popular as an affordable personal tourer. The Grand Prix took a further hit in the 1980s with the demise of the V8. Its increasingly smaller body was no longer in keeping with the new growing demand for family cars.

Towards the end of the 1980s, the Grand Prix introduced its first sedan to go along with the coupe, and joined the front-wheel drive market. Its redesign earned it Car of the Year status in 1988, and the 1990s brought a gradual return to the performance car aspects it had been forced to minimize for so long. Powerful V6 engines were soon joined by the long-lost V8, and both sedans and coupes grew in size to accommodate families, while the engines boosted horsepower to accommodate driving enthusiasts. New GT and supercharged GTP V8 models, and later the ultra-sporty GXP would refocus attention on excitement behind the wheel. As further proof of its revived performance focus, Grand Prix sedans were all but dropped (except for fleet use mostly), leaving the coupes to tear up the streets.
When the Bonneville was dropped in 2005, the Grand Prix became the sole survivor of Pontiac's legacy. Despite its iconic name, GM has announced that 2008 will be the last year for the Grand Prix, marking 47 years of a successful run as a high-performing, yet affordable personal cruiser.