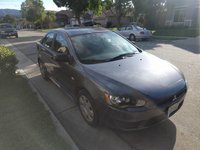 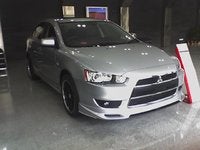 What Can I Do For Front Plate?

I have a 2017 lancer es that came from a state that did not require a front plate. My state however requires one. I would rather not drill into the bumper if I can avoid it. Is there anything I can...

Good day Team, We have attempted to contact you to update our contact info here at Baywest Mitsubishi. We have not heard back, please contact us. icalvo@baywestmitsubishi.com Ian Calvo General Mana...

I was curious on what motors I could Swap out of my 2015 Mitsubishi Lancer Es. Plan is to make it faster.

The Mitsubishi Lancer compact sport sedan was introduced to the U.S. in 2002 as a replacement for the Mirage, but the Lancer was not a new car. It had earned its racing stripes as part of Mitsubishi's international rally competition for nearly 30 years, and was actually on its sixth generation when it finally appeared in America's showrooms.

Because the Lancer replaced what was considered an economy car, it probably was not fully appreciated in its early years. But it quickly established itself as a true street-legal racer, thanks not only to the Lancer itself, but also to its turbocharged, more sport-oriented cousin, the Lancer Evolution.

In its first year the Lancer was offered in three trim packages - the entry-level ES and the higher-end LS, as well as the OZ Rally. Power was provided by a 120-horsepower, 2.0-liter inline four cyclinder engine linked to a five-speed manual transmission.

A more powerful 162-horsepower Ralliart version of the Lancer was added in 2004, and the vehicle received a complete redesign with the 2008 model, which has been receiving rave reviews. The 2008 model is equipped with an all-new, all-aluminum 2.0-liter MIVEC (Mitsubishi Innovative Valve-timing Electronic Control) four-cylinder powerplant that delivers 152 horsepower. It also comes with an expanded list of standard features and options.