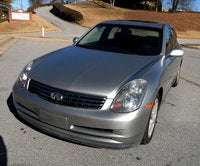 I have a 95 galant that recently developed a strange issue when I switch on the ignition the check light would come on like normal then goes out and the car starts fine no issues or check light it...

Does the radio and the anti theft system connect together in regards to rekeying the car. My keys were stolen, I had a locksmith come out to rekey it and he fried my immobilizer for the car. Unsure...

Driver Side Windows Will Not Roll Down Or Up. What's Wrong?

Front and back windows on the drivers side are not working, passenger side windows work fine. What is the possible problem, what part needs replacement.

In recent years, the Mitsubishi Galant has emerged as a viable player in the mid-size sedan market, after a long history of countless underpowered four cylinder engines, various body styles and numerous re-badging efforts. For much of its history, the Galant and all of its variants were unable to compete successfully in the compact and mid-size segments, as Mitsubishi struggled to find the a niche for this car.

The car that would become the Galant was introduced in 1969, and has evolved through nine generations of production up to the present day. The first generation Galant debuted in the U.S. in 1971 as the Dodge Colt. Chrysler's partnership with Mitsubishi offered the Japanese automaker a chance to increase U.S. delivery through the 1970s, when the Galant was available as a Dodge or a Plymouth model.

A third generation model was introduced in 1976, and a wagon body became available for the first time. Chrysler also picked up the Galant coupe, and badged it the Scorpion. Mitsubishi continued to increase production into the 1980s, as the car appeared under several guises and won numerous awards. The Mitsubishi marque was first seen in the United States in 1984, when the Galant was known as the Mitsubishi Magna.

The Galant was named Japan's Car of the Year in 1987, and Motor Trend's Import Car of the Year for 1989. A restyled version appeared in America in 1994, and the model lineup included sedan and wagon variations. The Galant had never housed anything larger than a four-cylinder engine, but several V-6 options became available in 1998. The new model received the Galant's first mid-size classification in the United States.

The current Galant debuted in 2003, and is built upon the same platform as the Mitsubishi Eclipse and Endeavor. This new model was specifically designed for the U.S. market, with class-competitive interior room and a more powerful V-6 engine.

The ninth generation Galant is performance focused, but it does not offer as many luxury items as some of its Japanese competitors. The Galant is now intended as a value alternative, with four trim levels and a very reasonable base price. Distinct interior and exterior styling is another strong selling point for this sedan, and reviewers have reported so,lid build quality and a fun-to-drive appeal.