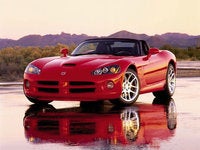 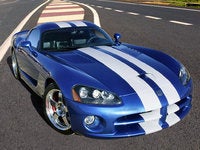 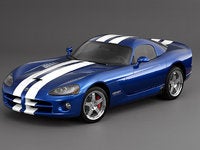 Hey, I am in a market to become a viper owner. I have my eyes on a 95 venom 550 that is on hold for me. Never owning a viper before I have some questions that may seem silly to some, but I wo...

What's Wrong With My Car?

Can I Sell A Car From Canada

396 views with 2 answers (last answer about a year ago)

The Dodge Viper has been the King of the Road for its entire history. Heads turn to stare in wonder, and arrogant engines rev, thinking that they are up to the challenge. Almost invariably, they are wrong. The Dodge Viper started with a 0-60 mph in the low 4 seconds, and only got faster. There is something primal about sitting behind the wheel of a Dodge Viper, either with the top down or a roof over your head, feeling the vibrations of one of the more powerful production engines on the planet in your fingertips.

Few comforts adorn the inside of any Viper; in early models, there are practically none. But owners have never complained much about this lack of comfort. They've always understood why they bought the car, and it was not to recline in. The Viper has always been about power and speed. Anything else was just a minor bonus.

Despite their enormous success with the Dodge Viper over the years, Dodge has never been satisfied, and is always finding ways to bring more power to Viper enthusiasts. Vipers have always been a limited production car, so if you manage to join the elite group of owners, count yourself among the lucky few. The Dodge Viper is not a car for the meek or inexperienced driver, nor for the shy. But if you think you can tame the beast, there are few cars out there that can provide a more satisfying ride.