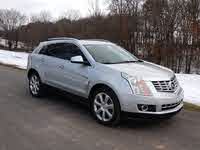 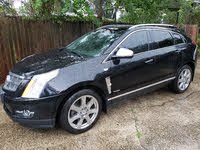 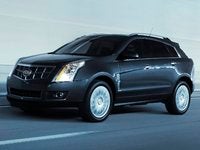 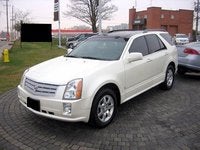 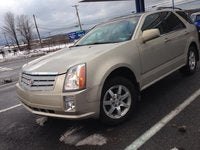 Replaced with a new battery. Lights, radio, etc. all work but when I go to crank the engine, there is a single "clicking" sound.

I placed a new battery in my key fob 2013 Cadillac SRX because it was appearing to be losing power. Now I Cannot get car to start or get the fob to lock or unlock the car. Got our second key fob ...

How Do I Reset My Antitheft

I just changed my motor in my 2012 Cadillac SRX. When I go to start it all I get is a click. It will not crank. Battery and starter are fine. I was told it might possibly be the antitheft. How do ...

498 views with 3 answers (last answer about a month ago)

Pop culture loves a crossover. Just ask fans of the Blackeyed Peas and Allen Iverson. Cadillac has its own crossover in the form of the SRX, the SUV that looks like a wagon. Introduced in 2004, the SRX gives you your pick between a 4.6 L, 320 hp V8 or 3.6 L, 255 hp V6 powertrain.

2007 brought a noteworthy makeover for the SRX that included a more luxurious interior, Bose Surround Sound, and a DVD navigation and entertainment system. In addition to the DVD capabilities, sunroof and third row seat come as options. The SRX has 4 doors and has ample room for 7.

Regardless of model year, expect to get around 15 mpg in the city and 21 on the highway.