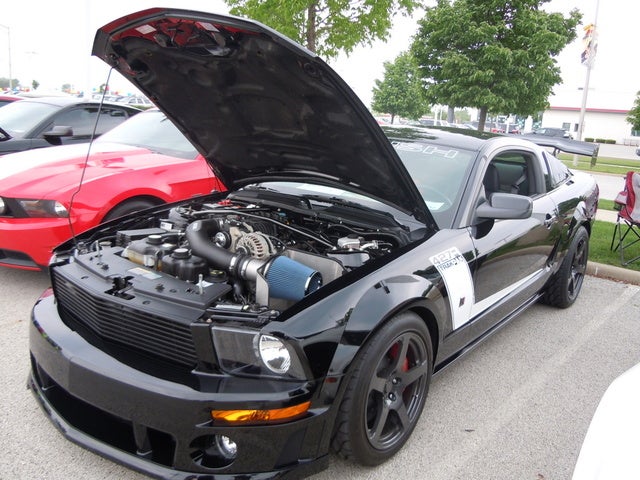 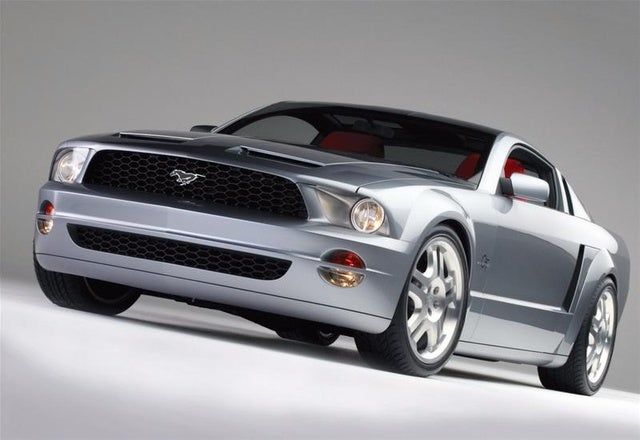 Still one of the most popular cars in Ford's stable, the Mustang gallops into the 2008 model year with its retro-muscular good looks unchanged. Inside, the 2008 Mustang comes with a number of upgrade and customization options that give drivers the ability to add a level of uniqueness to their vehicles.

With a new optional ambient interior lighting package, for instance, drivers can choose from seven colors to illuminate the Mustang's front and rear footwells. The optional MyColor feature enables drivers to adjust the color of the instrument panel.

Ford also offers nearly a dozen upgrade packages for the 2008 Mustang, including Comfort, Appearance, Sport, and Color Accent packages. Drivers can even choose a Warrior in Pink package, which includes a pink pony fender badge and charcoal leather seats with pink stitching, all to benefit a cancer-related charity.

Beyond that, drivers can choose from two trim levels (Deluxe and Premium) with either a 210-horsepower V6 or 300-horsepower V8 engine (badged as the GT), as well as coupe and convertible models.

No matter which trim level, engine, options, or packages drivers choose, however, they'll all get a sports car that's instantly recognizable, thanks to its wide, low stance, distinctive grille with the rearing pony planted firmly in the center, C-shaped side indentations, and large tires in flared wheel wells. Its a look that's both nostalgic and modern, and one that never fails to turn heads on the road.

Ford adds a number of other features for 2008, including new side impact airbags across the line and HID headlamps. They join such standard features as power windows and door locks, remote keyless entry, air conditioning, power side mirrors, four-wheel power disc brakes, illuminated entry, and an audio system with an MP3 input jack.

GuruV7PV5 I saw a 2008 saleen on ebay.uk, it said its thought to be one used for the ROCK STAR GAME! Game promo car! Doas anybody know anything about these 3 promo cars?

Users ranked 2008 Ford Mustang against other cars which they drove/owned. Each ranking was based on 9 categories. Here is the summary of top rankings.

Have you driven a 2008 Ford Mustang?
Rank This Car

Ticking Coming From Engine During Idle

i have a ticking noising come from my engine bay at first it seemed like a bad fuel injector since i cant hear anything when in on the brakes or just cruising but when its idling in park or at a red...

Yes it is a 4.6L and not a 5.0. It is signed by Carol Shelby. It has lots of upgrades. I have been trying to sell it for almost a year. Can anyone give me an idea of what a good selling price would ...

So I recently bought an '08 Mustang V6. I have problems with it over heating a lot. We bought and changed the water pump in it. Which did not fix the problem. Then we found out it was the thermost...